What effect can an FIR have on Government Job? 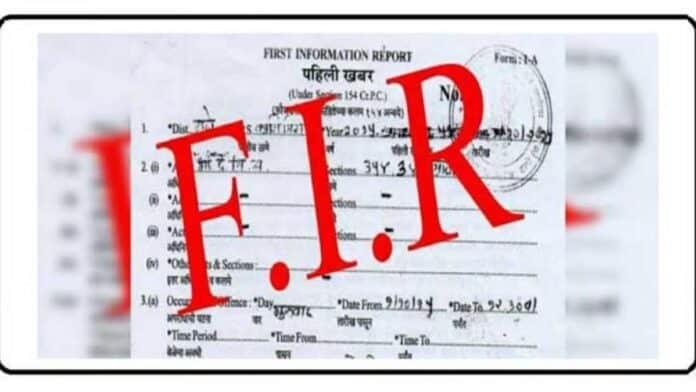 Government Job is highly regarded in India due to the permanency of Job along with prestige and respect in the society. Payscale is also good in Government Jobs. Most of the Indian Youth take many efforts to secure a Government Job. However, can a criminal case or lodging of FIR against a person can ruin his dream of securing a dream government job?

Find it out in this article. Before moving further you may also read detailed article on the concept of FIR. Click here to read the article.

Effect of lodging of an FIR:

First Information Report is registered by the police based on the complaint or otherwise with respect to commission of a cognizable offence. FIR is not the final judgment of a criminal case; instead, it is the first step of a criminal case and brings the criminal law in motion. A person against whom FIR has been filed is just an accused or a suspect. Only based on FIR a person cannot be called a criminal.

However, a person can be suspended from his job or a candidate be rejected for the government job if a criminal case is pending against him and the allegations against the person are of serious nature or offence involves moral turpitude. In such cases the discretion lies with the employer according to the Supreme Court guidelines.

Though not removed from a job, a government employee can be suspended from his job, if he has been in police custody for more than 48hrs.

The logic behind this is that once FIR is lodged against a person the police can arrest him. After arrest, he has to be presented before the magistrate within 24hrs. If the offences under which the person has been booked are bailable then he is bound to be set free within 24hrs.

On the other hand, if the magistrate prima facie feels that the arrested person is innocent and has been falsely implicated then the magistrate may also direct police to release the person within 24 hrs. just like bailable offenses. In such a case, the person will not be suspended.

So basically what the government job employer says is that if the magistrate court prima facie thinks that a person is guilty then he will be suspended.

For heinous crimes like murder, rape, and dowry, the person can be directly suspended without waiting for 48 hrs.

After lodging an FIR, the police are under obligation to complete the investigation within 90 days(3 months). So the suspension can be for at least 90 days.

In the case of Ajay Kumar Choudhary v Union of India through its Secretary and others the Supreme Court held that the framing of charges against an accused should be completed within 90 days. The court also held that a government employee cannot kept under suspension for more than three months; if he is not formally informed of the charges framed against him.

In the case of Avtar Singh v. Union of India and others, the Supreme Court laid down guidelines regarding the recruitment of a candidate against whom criminal charges are pending. The Supreme Court held that person against whom there are criminal charges, may or may not be hired for a government job. Discretion lies with the employer. However, it is the duty of the employer to conduct a full background check of the candidate before taking a decision. The nature of offences and allegations are also taken into consideration.

The court also held that if the person has been acquitted of all charges by the court he is entitled to get the job. But the acquittal should be based on merits and not a settlement with the complainant.

A person against whom multiple charges are pending is likely to be rejected.

Criminal charges can play a spoilsport for those who wish to get a government job. However in cases of malicious prosecution, if the employer is convinced that the charges against the candidate are a result of false or misrepresentation then such candidate can also be hired. Conviction under any kind of charges however cuts all chances of a person to get a government job.

Know About Five New Judges of the Supreme Court, Sworn in Today

No Case is Big Or Small For Court, Every Matter Is Important: CJI Chandrachud

Can Summons To Produce a Document U/s 91(1) CrPC Be Issued to a Person Accused of an Offence Standing for Investigation? Answers Chattisgarh HC

Hindu Daughters Not Eligible for Inheritance if Their Mother Converted to Islam, Rules Gujarat Court