Judgments Every Citizen Must Know 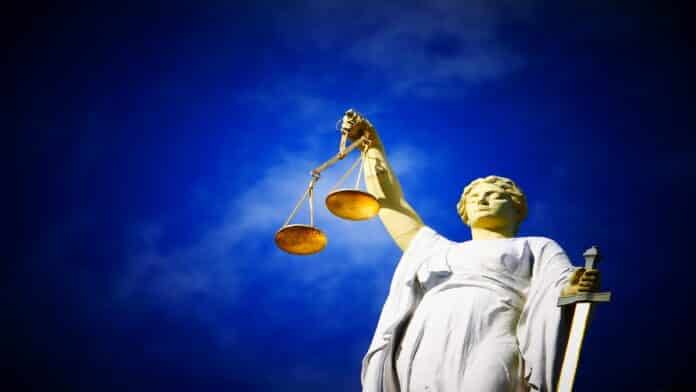 A citizen is an inhabitant who is born in a particular country.

Citizens have been conferred with some rights such as the right to vote, the Right to contest elections, etc, that are not available to non-citizens.

Citizenship can be acquired by birth, descent, registration, Naturalisation, etc.

We as citizens are unaware of various judgments that were passed by the courts. It is necessary to know about the judgments that made an impact on our Indian polity and are used as precedents then after.

These judgments impacted society and brought in various facet changes that we today follow upon. So let’s have a look at them

1) KS Puttaswamy vs Union of India–

This was the landmark case that affirmed the right of privacy to be a fundamental right under Articles 14,19, and 21 of the constitution. This case was decided by a nine-judge consisting of Justice Bobde, Justice Chelameswar, etc.

It overruled MP Sharma v.State of UP and Kharak Singh v.Satish Chandra cases giving a new perspective to the right of privacy. The Government had initiated a project known as Unique Identification for BPL families.

People opposed the collection of data by the government as it violated the right to privacy. Ks Puttaswamy, a former retired judge filed a PIL challenging the constitutional validity of the Aadhar scheme.

Various issues were raised to which the court delivered judgement concluding Aadhar Act to be valid and constitutional. The court unanimously decided the right to privacy should be guaranteed by the constitution under article 21.

2)Vishakha and others vs the State of Rajasthan–

This was the case that introduced and framed Vishaka guidelines for the protection of women at the workplace. Vishaka Guidelines came to be treated as law under Article 141 of the Indian Constitution.

It laid the foundation for The Sexual Harassment of Women at Workplace(Prevention, Prohibition and Redressal)Act,2013. The fact that there was a lack of law to prevent sexual harassment of women and provide a safe working environment was acknowledged in this case.

This case was decided on 13 August by a division bench consisting of CJI, Sujata V.Manohar, B.N kripal.

Bhanwari Devi was a social activist working in a Rajasthan village. She worked for social development program under the Rajasthan government to stop child marriage. Bhanwari Devi tried to stop the marriage of the daughter of Ramkaran Gujjar who was an infant, to which she failed.

She was Gang-raped by Ramkaran Gujjar and his 5 friends in front of her husband. All medical doctors refused to examine her and police tortured and taunted her.

The trial court gave the verdict in favor of the accused and thus women and NGOs together filed a PIL in the supreme court to which vishaka guidelines and the act came into being.

3)Indira Sawhney vs Union of India–

This was a landmark judgement that tried to bring a fine balance between the society and backward classes. Sc examined the scope and extent of article 16(4) which provides for reservation of jobs to the backward classes.

This case was decided by a nine-judge bench. In the year 1979 Sri Moraji Desai, then Prime minister, appointed the second backward class commission under article 340 of the constitution. It was headed by BP Mandal with a motto to investigate the status of socially backward classes.

The Mandal Commission submitted a report Recommending 27% of reservations to the OBCs.This led to outrage of people resulting in anti-reservation mass riots and protests.

The government’s actions were hence challenged by a writ petition and various issues were being looked upon- 1)Whether Article 16 was an exception to article 16(1), whether caste on its own constitutes a different class and whether economic criteria could by itself be a determinant of a class.

It was held that 16(4)is not an exception to clause 1.Backward classes in article 16(4)were different from socially backward classes mentioned in Article 15(4).

The constitutional validity of 27% reservation was upheld with certain restrictions. It was held that the creamy layer will be excluded from this reservation, there will be no reservation for OBCs in getting promotion and the total reserved quota should not exceed 50%etc.

This was the landmark judgement that stated the right to education to be a fundamental right of citizens. The Government of Karnataka issued a notification permitting private colleges in Karnataka to charge exorbitant tuition fees from students other than those admitted through government quota. Miss Mohini medical aspirant filed a petition in the SC challenging the notification to which various issues were raised.

Earlier men could marry and have wedlock with more than one wife at a time. Today having two wives at one time is considered to be a bigamous marriage that is prohibited under Hindu law and can be a ground for seeking a divorce. Sushmita Ghosh the petitioner filed a Writ petition in court stating that she and her husband G.C Ghosh were married following Hindu rites.

The case of Lily Thomas v.Union of India held second marriage of a Hindu man without divorcing the first wife, even if the man is converted to Islam the marriage would be void and invalid as it would violate the rights under Article 21 and would be subject the person to be liable under sec 494 and 495 of the constitution until the first marriage was dissolved completely according to Hindu Marriage Act.

Aruna was a staff Nurse working in King Edward Memorial Hospital (KEM), She was attacked by a sweeper in the hospital who had wrapped a dog chain around her neck and yanked her.

The next day a cleaner had found blood all over in an unconscious condition. It is alleged that due to strangulation by the dog chain the supply of oxygen to the brain had stopped and the brain got damaged.

This caused irreparable damage to her brain and pushed her into a Persistent Vegetative State (PVS). This case triggered the debate of euthanasia in India and the court held passive euthanasia to be constitutional.

This landmark judgment delivered by a five-judge bench accepted the concept of living will which means a patient can give consent and withdraw the life support given to him if the individual is in a vegetative state and there is no scope of survival. It accepted the right to die with dignity as a fundamental right.

7)Shayara Bano vs Union of India:-

Triple Talaq was a practice that was followed by Majority Muslim husbands to give instant divorce to their wives by pronouncing Talaq thrice. Many Men used this power arbitrarily and abruptly due to which many Muslim women were succumbed to despair and were devastated.

Shayara Bano vs Union of India was the case that declared triple talaq to be unconstitutional and void. It focused on advancing women’s rights and promoting gender equality in India. On 22nd August 2017, the five-judge bench of the Supreme Court presided by J.S Khehar delivered its decision on Triple Talaq with a majority of 3:2.

Shayara Bano the petitioner had wedlock with Rizwan Ahmed for 15 years, In 2016 he gave her divorce by instant talaq -Talaq-a-Biddat, She filed a writ petition in the Supreme Court asking the court to hold Talaq-e-Biddat, Polygamy, Nikah-halala unconstitutional as it violated Fundamental rights under Article 14,15,21 and 25 of the Constitution.

The court held the practice to be unconstitutional and ruled to give maintenance money to Shah Bano. The Government introduced a bill that was passed in Dec 2017 which criminalized triple talaq.

The Sabarimala Temple, the abode of Lord Ayyappa, located in Kerala prohibited the entry of women in their ‘menstruating years’ (between the ages of 10 to 50) because it was a place of worship. Several women who tried entering the temple were physically assaulted.

The Indian Young Lawyers Association filed a PIL before the Supreme Court challenging the Sabarimala Temple’s custom of excluding women. The Association argued that the customs followed violated the rights to equality under Article14,15,17 and freedom of religion under Article 25 of female worshippers.

In this landmark judgement the court with a 4:1 Majority decided that restricting women entry in the temple and Rule 3(b) of the Kerala Hindu Places of Public Worship (Authorisation of Entry) Rules, 1965 were unconstitutional as it violated their fundamental rights of liberty, freedom, religion, and equality and subjected them to gender discrimination.

A person’s health is very vital, only if he gets clean nontoxic air and clean surroundings then he can remain healthy. This was the case that the enumerated right to live a clean and healthy environment is a basic fundamental right of people. M.C Mehta, a social activist lawyer filed a writ petition, praying closure for Shriram Industries as it was engaged in manufacturing hazardous materials.

While this petition was pending a leakage of oleum gas from one of its units took place which caused the death of an advocate and affected the health of several others. It affected both workmen and the public. M.C Mehta filed a PIL under Articles 21 and 32 of the Constitution and sought closure and relocation of the Shriram Caustic Chlorine and Sulphuric Acid Plant which was located in a thickly populated area of Delhi.

The court delivered a judgement stating the factory could not be obliterated as it provided employment and led to social development and instead took measures to protect the environment as well as people.

10)Lalitha Kumari v.Govt of UP

This was the landmark judgement that laid guidelines for lodging FIR and arresting the suspected accused by the police. This judgement was passed by a five-judge bench consisting of S.A Bobde etc. It made it mandatory for police to register an FIR for a cognizable offense under Section 154 of CRPC.

Lalita Kumari(Minor) was being kidnapped. Her father Shri Bhola Kamat filed a writ of Habeas Corpus against the state of UP as the officer-in-charge of the police station even after registration did not take any action to trace the minor. The court on 14.7.2008 passed a comprehensive order expressing its grave anguish on non-registration of the FIR even in a case of a cognizable offense and passed brief guidelines for the police.