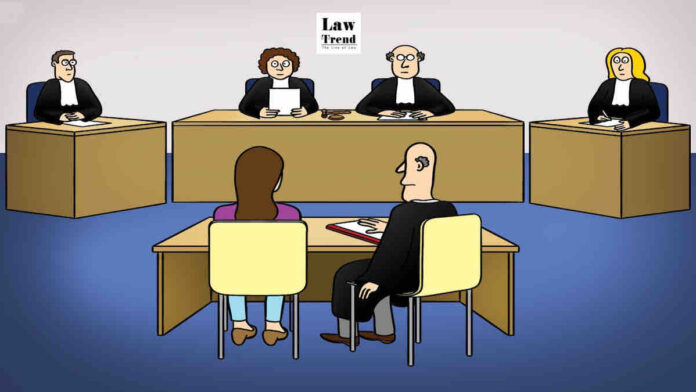 Public interest Litigation (PIL) is a case filed in court by an individual, aggrieved party, or organization for protecting and enforcing the public interest or rights of those, who could not approach the Court.

It could be in matters related to the environment, Terrorism, the welfare of children, violation of human rights, violation of religious rights or fundamental rights, etc.

PIL has not been defined in any Indian Statute however it has been interpreted and defined by the courts.

PIL’s are considered to be the most efficient judicial tool for safeguarding the public interest and their rights at large.PIL can be filed only in the Supreme and High Court under articles 32 and 226 respectively.

Let’s have a look at the Important Judgment on PIL (Public Interest Litigation):

1)Hussainara Khatoon vs the state of Bihar–

This was a case that focused on barbaric conditions and the plight of prisoners and under-trial prisoners. This landmark case broadened the perspective and provided a wider interpretation of Article 21 that held that it was the Fundamental right of every citizen to get access to a speedy trial. The court held that it was the duty of the state to provide free legal aid as well as a speedy trial for the proper administration of justice which almost led to the release of 40,000 under trial prisoners.

2)S.P Gupta vs Union of India–

This PIL was filed by some lawyers who felt the independence of the judiciary had been affected. It was a very vital PIL that became a weapon to get public duties enforced. It upheld that any member of the public having sufficient interest can maintain judicial action against any breach of public duty or injury to the public as the foremost aim of the constitution was to uphold the rule of law and render sheer justice. Moreover, Sc recognized locus standi of bar associations to file PIL’s

3)Parmanand Katara vs Union of India-

This was also called the medical and healthcare case. It was held in the PIL that the right to life is paramount and hence overriding medical-legal formalities in case of emergencies was permissible as once life was lost it could not be restored. Saving one’s life should be a paramount priority for doctors. Every medical doctor has a professional obligation to extend their services with due expertise for protecting life. It was also held that a doctor in the medical profession should not be dragged unnecessarily in for interrogation or completing formality by the police or lawyers.

All humans whether a prisoner or not have basic fundamental rights that should not be infringed. Citizen for democracy v State of Assam took into consideration the rights of prisoners and the fact of whether handcuffing was justifiable or not. It laid down directions and procedures to be followed while handcuffing inmates like no police authority can handcuff any of the jail inmates during his transit from one jail to another or the court and back etc. If these guidelines laid down were violated, then the officers or police would be subject to punishment.

5)Samantha vs State of Andhra Pradesh & Others–

This was the PIL that helped to save various tribal people of different states.The SC held that industrialists, private companies, and nontribal people cannot access the land owned by the tribals for mining or leasing purposes.Carrying out such activities was only permitted to the tribals or government undertakings

6)Vishaka vs the State of Rajasthan–

This was the most powerful PIL case that brought in revolution and introduced Vishaka guidelines for the protection of women at the workplace. Vishaka Guidelines came to be treated as law under Article 141 of the Indian Constitution. It held sexual harassment abrogated the fundamental constitutional rights of life, liberty, equality, nondiscrimination, etc. It laid the foundation for The Sexual Harassment of Women at Workplace(Prevention, Prohibition and Redressal)Act,2013. The fact that there was a lack of law to prevent sexual harassment of women and provide a safe working environment was acknowledged in this case. This case was decided on 13 August by a division bench consisting of CJI, Sujata V.Manohar, B.N kripal.

7)Javed vs the State of Haryana

Population explosion has always been a global issue as its overgrowth can be heinous. It was held in this landmark case that people having more than two children will be disqualified from holding any offices in Panchayats. The purpose was to promote the importance of family planning. The petitioners, in this case, were disqualified from holding any office in the panchayat as they had more than two children.

8)Bandhua Mukti Morcha v.Union of India and Others

The petitioner prayed to protect the right under Article 21 against inhumane working conditions.

In this PIL the importance of protecting children’s rights to education, health and development to ensure progress was upheld. The Supreme court gave directions to end child labor. These orders gave rise to an enactment called the child labor Prohibition and Regulation act 1986 that focused on eradicating child labor and bonded labor.

This was the case that exposed barbaric and inhuman brutalities of the police. Many criminals went blind as needles were pierced in their eyeballs. The SC ordered the guilty policeman to be prosecuted and punished and medical treatment to be rendered to these blinded men. It held it was the fundamental right of the accused to get access to free legal aid. This case leads to the growth of investigative litigation.

The High Court in the judgment of this PIL held that it was a fundamental right of the oustees under Article 21 of the Constitution to avail incentives after displacement. The High Court held that the oustees should be allotted land, employment, or other schemes. It was held that the court must enforce their rights if the government did not comply with their promises. The Madhya Pradesh High Court is directed to provide every farmer, encroacher, and adult son of farmer agricultural land for land with a minimum allotment of 5 acres of irrigated land, as per the R&R Plan, R&R Policy, and GOI approvals. The bench also directed that the present water level of 189 meters cannot be raised until the R&R of all the oustees of the project including the allotment of land was completed and directed to the State government was been directed to pay Rs. 10,000 to the petitioner of the Narmada Bachao Andolan.