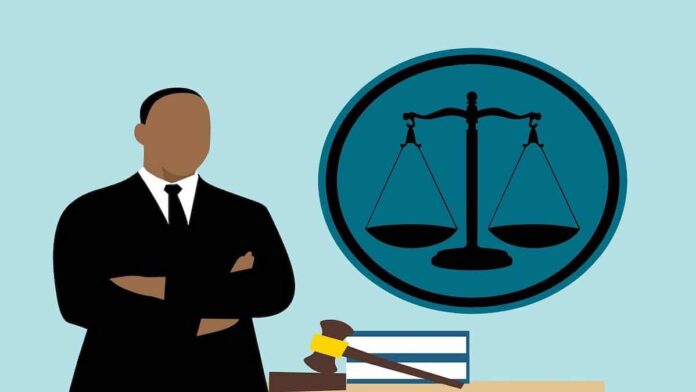 A Judgement is a decision made by the Judge in the Court. Judgments are often used as Precedents and are binding on all Lower Courts.

Various LandmarkJudgements were pronounced by the Supreme Court that made an impact on our Constitutional History, changed the face of Indian polity, paved a way for better functioning, and redefined the legal system in India.

The Supreme Court is the Apex Judicial Body and the highest constitutional body that gives vital judgements on various cases. Let’s see some of them below.

Kesavananda Bharati  V.State of Kerala was the longest-running and most vital case in Indian history. It consisted of a 13 judge bench who deliberated on the facts of the case through a narrow 7-6 majority. This case protected the democratic set up in India.

In this case, Petitioner Swami Keshavananda ran an Edneer  Mutt in the State of Kerala. The State wanted to acquire some Sects of the Mutt’s land under the land Reform Amendment Act 1969. Kesavananda with the help of a renowned lawyer, Nani Palkivala, filed Public interest litigation stating the fact that a religious institution had the right to run its business without government interference and challenged the Kerala Land reform act 1969, and 3 constitutional amendments 24,25,29 on grounds that they abrogated and infringed right to profess and propagate religion under Article 25.

Also during that time, the Supreme court in the case of  Golaknath v/s.The state of Punjab had stated that the parliament has no powers to interfere with the fundamental rights of people and had the right to amend these rights. This created a tiff between the State and the Supreme Court.

Ak Gopalan was a communist leader, he was detained in madras jail. Every time he was released from the jail, fresh orders of detention were issued against him and he was detained again. He had been sentenced to frequent imprisonment under convictions of criminal law but those convictions were set aside. When he was under detention under orders of the Madras Government he served an order under Preventive Detention Act,1950. The Petitioner hence filed a Writ Petition of Habeas Corpus against his detention in the Madras Jail. Ak Gopalan Challenged the constitutionality and legality of the Act as it contravened Articles under 13,19,21 of the Constitution of India. He also challenged the fact whether the acts were in accordance with Article 22. This was the case in which various fundamental rights were discussed.

The Supreme court took a narrow view and dismissed the writ Petition and held the detention was lawful even though that law violated some of his Fundamental Laws. According to the Supreme court Punitive and preventive Detention were outside the ambit of Article 19 it was according to the due process of law hence the detention act did not violate those. Preventive Detention Act followed valid procedure in form enacted by state law so it held t did not infringe upon rights under Ar.21.It was held none of the sections of the Preventive Detention Act 4 of the constitution infringe provisions of part III only sec 14 was held to be ultra vires.

3)Vishaka and others vs state of Rajasthan

This was the case that introduced and framed  Vishaka guidelines for the protection of women at the workplace. Vishaka Guidelines came to be treated as law under Article 141 of the Indian Constitution. It laid the foundation for The Sexual Harassment of Women at Workplace(Prevention, Prohibition and Redressal)Act,2013. The fact that there was a lack of law to prevent sexual harassment of women and provide a safe working environment was acknowledged in this case. This case was decided on 13 August by a division bench consisting of CJI, Sujata V.Manohar, B.N kripal.

Bhanwari Devi was a social activist working in a Rajasthan village. She worked for social development program under the Rajasthan government to stop child marriage. Bhanwari Devi tried to stop the marriage of the daughter of Ramkaran Gujjar who was an infant, to which she failed. She was Gang raped by Ramkaran Gujjar and his 5 friends in front of her husband. All medical doctors refused to examine her and police tortured and taunted her. The trial court gave the verdict in favor of the accused and thus women and NGOs together filed a PIL  in the supreme court to which vishaka guidelines and the act came into being.

4)Shayara Bano vs Union of India:-

Triple Talaq was a practice that was followed by Majority Muslim husbands to give instant divorce to their wives by pronouncing Talaq thrice. Many Men used this power arbitrarily and abruptly due to which many Muslim women were succumbed to despair and were devastated.

Shayara Bano vs Union of India was the case that declared triple talaq to be unconstitutional and void. It focused on advancing women’s rights and promoting gender equality in India. On 22nd August 2017, the Five judge bench of the Supreme Court presided by J.S Khehar delivered its decision on Triple Talaq with a majority of 3:2.

Shayara Bano the petitioner had wedlock with  Rizwan Ahmed for 15 years, In 2016 he gave her divorce by instant talaq -Talaq-a-Biddat, She filed a writ petition in the Supreme Court asking the court to hold Talaq-e-Biddat, Polygamy, Nikah-halala unconstitutional as it violated Fundamental rights under Article 14,15,21 and 25 of the Constitution.

The court held the practice to be unconstitutional and ruled to give maintenance money to Shah Bano. The Government introduced a bill that was passed in Dec 2017 which criminalized triple talaq.

5)Maneka Gandhi vs Union of India:-

Maneka Gandhi was issued a passport on 1st June 1976 in accordance with the passport act 1967. She was ordered on 2nd July 1977 by the Regional Passport Office (NewDelhi) to surrender it back in the public interest. The petitioner was not given any explanation and reason as to why her passport had been confiscated. The petitioner hence filed a writ, approached the Supreme court contending that this act by authorities had deprived her of her Personal Liberty under Article 21(No Person shall be deprived of his life or personal liberty except according to the procedure of law )of the constitution. These issues raised in this case included whether

The right to travel abroad came in the ambit of Article 21. Whether the Passport Act violated rights under Article 14,19(1)(a) and 21and was freedom of speech and expression confined to Indian Territories.

On 25th January 1978 Supreme court passed a unanimous judgment consisting of 7 judge bench. The judgement widened the Scope of article 21, The judgement paved way for the apex court to include other rights in Article 21 like a speedy trial, right to food, Right to travel abroad, etc. The Passport Act that detained Maneka Gandhi was declared null and void. If a law deprives a person of liberty it cannot deprive a person of Article 14 and 19.

This case gave effect to post-decisional theory and liberal interpretation of Article 21 of procedure of law with due process of law.

6)Nalsa vs Union of India-

Today the society not only recognizes males and females as the genders, but it also accepts a third gender called transgender. Transgenders have always been tortured and shunned away as untouchables. Nalsa vs Union of India was the landmark decision by Supreme Court that declared Transgender people as the third gender and upheld their equal rights like other genders. This case was filed by the National Legal Services Authority of India as Trangenders had no recognition, and had no freedom of gender. It consisted of a two-judge bench. The Judgement directed the central and state Government to take proactive action in securing transgender person rights.

7)Joseph Shine vs Union of India

Adultery was Criminalised and was considered as an offense prior to this case being delivered. Adultery was a gender bias law, where only men were punished for having adulterous relations out of wedlock and not women. Adultery is defined in section 497 of the Indian Penal Code. Joseph Shine who was a non-resident of Kerala raised questions on the constitutionality of sec 497 of the constitution. On 27 Sep 2018, the five-judge bench unanimously held 497 to be arbitrary and archaic as it wasn’t gender-neutral. With the passing of this judgement all past judgements that criminalize adultery were overruled. Adultery became to be considered only as a civil wrong and ground to seek divorce.

SR Bommai was the chief minister of Karnataka. He led the Janta dal party but to his plight, he was dismissed on 21st April 1989 when the Presidential Rule had been imposed in Karnataka.

Whether the president had unchained rules to proclaim under Article 356(1)of the Constitution, whether Prese

This case put restrictions on the center for imposing The Presidential rule on States. It said that the President does not have absolute power to dismiss a state under Article 356. It was held that the President can impose the president’s rule only after approval of the other two houses.

The right of privacy is considered as one of the basic human rights which is explicitly stated under Article 12 of the 1948 Universal Declaration of Human rights. Justice K.S Puttaswamy, a retired judge of Madras High Court, challenged the constitutional validity of the Aadhar scheme. He held that giving detailed information to aadhar violated the right to privacy. The court considered whether the right to privacy is a part of the right to life and personal liberty under Article 21 of the Constitution.

This case was decided by a nine-judge bench consisting of Justice Chelameswar, Bobde, etc on 24th August 2017. The matter was first referred to the 5 judge bench and later was referred to the 9 judge bench. The bench unanimously decided the right to privacy of every individual is to be guaranteed by the Constitution, within Article 21 of the constitution.

In this case the constitutional validity of sec 377(Unnatural offenses sodomy, Bestiality was the main issue. Section 377 stated whoever had carnal intercourse with any man or woman or animal against the natural course or against the order of nature shall be punished with imprisonment for a term which may extend to 10 years and also liable to fine.

This case was decided by a five Judge Bench that gave a decision on 377 of the Penal Code, and decriminalized homosexuality. It was stated by the Hon’ble court that since fundamental rights are the basic structure and any other provision which violates the provisions under Part III shall be deemed to be ultra-vires and hence Section 377 was given constitutional morality and homosexuality was decriminalized accordingly.

Further, the Supreme Court reversed the Delhi High Court verdict in 2013 in its Suresh Koushal judgment and held that the decision of decriminalizing homosexuality can only be done by the Parliament and not the Court. It also held that Section 377 criminalizes certain acts and not any particular class of people. Subsequently, on 6th September 2018, the five-judge Bench partially struck down Section 377 of the Indian Penal Code, decriminalizing same-sex relations between consenting adults. LGBT individuals were hence legally allowed to engage in consensual intercourse. The Court has upheld provisions in Section 377 that criminalize non-consensual acts or sexual acts performed on animals.

Can Supreme Court Quash the Appointment of a High Court Judge?