What are the Rights of an Arrested Person? 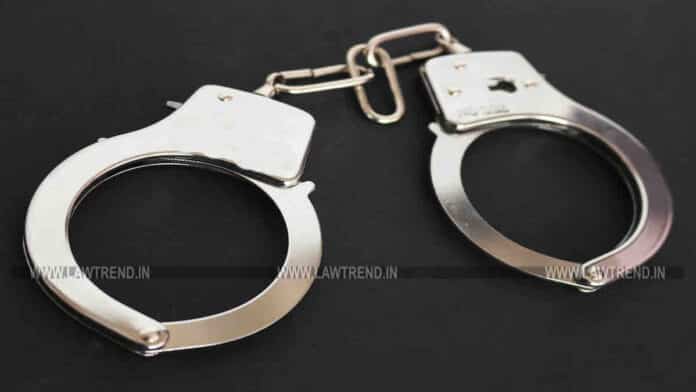 Every individual has rights conferred to them by birth and citizenship under the Constitution of India. These rights are given equally to everyone and no individual can be deprived of these rights.

An arrested person is a person who has been apprehended and taken into custody for suspicion of being allegedly involved in a crime. Our legal system presumes an accused to be innocent unless proven guilty and hence until the guilt is proved his rights are to be safeguarded.

It is assumed that the government has enormous powers therefore it is necessary to provide some protection to the accused as those powers conferred on the government can be easily misused.

The arrest of a person can have serious consequences upon rights protected under\ Article 21 of the constitution, thus the arrested person is entitled to protection and rights.

No person can be forced to give confessions or self incriminate themselves as per Sec 20(3) of Crpc. Every accused has the right to remain silent. A person can refuse to answer the questions asked to him and remain silent, as confessions can be held against him in the court of law. All confessions that are made by the accused should be voluntary without coercion or undue influence before a magistrate

2)Right to know grounds of arrest:-

Every person who’s been arrested with a search warrant (Section 75 of CrPC) or without any search warrant (Section 50 of CrPC) is entitled to know the grounds or allegations which led to his arrest. Police can arrest a person without an arrest warrant if the crime committed is a non-compoundable and non -bailable offence,(crimes of heinous nature like murder, Rape). Whenever such an arrest takes place it is the duty of the police to inform the accused otherwise the arrest would be considered to be unlawful.

3)Right to be produced before a magistrate:-

According to Article 22(2) of the constitution, every accused person has the right to be produced before a magistrate within 24 hours irrespective of the fact whether the arrest was with or without a search warrant. Any unnecessary delay or failure to produce the arrested person before the court will make the police liable for unlawful detention.

4)Right to be released on bail:-

An arrested person has the right to be granted and released on bail ( temporary release of accused awaiting trial on payment of bail amount, surety ) if the accused has not committed a non-bailable crime. In certain cases where police do not have enough evidence to charge the accused, he can be released on police bail without paying anything on the condition that they will have to return anytime to the police station for further interrogation.

5)Right to consult a lawyer:-

The right to consult a lawyer is considered to be a vital principle for achieving a free and fair trial. This right commences soon after the arrest of the accused has been proceeded. There might always be a possibility that the person is innocent but only due to lack of knowledge to defend himself he is held liable. This right commences soon after the arrest has been preceded. Section 303 of Crpc. permits a person to appoint a lawyer of his choice to plead his case or complete necessary legal requirements.

6)Right to be examined by a doctor:-

Section 54 of CrPC gives rights to the accused to be examined by a doctor at his request. It gives the accused a chance to get his body examined to infer details and evidence which might prove him not guilty or show other afflictions done by others on his body.

Not all accused persons have the money and capacity to prove they are innocent. The government must provide free legal aid to such destitute accused. In the Case of Sukh Das v/s Arunachal Pradesh, it was held that the right of a poverty-stricken accused person cannot be denied even if the accused fails to apply the same.

These were some rights given to an arrested person which were enumerated above, but there are many more rights such as a double jeopardy,free and fair trial etc which are given to the accused by the constitution to safeguard accused person’s rights.