What is the Difference Between “Judge” and “Magistrate”? Know Here 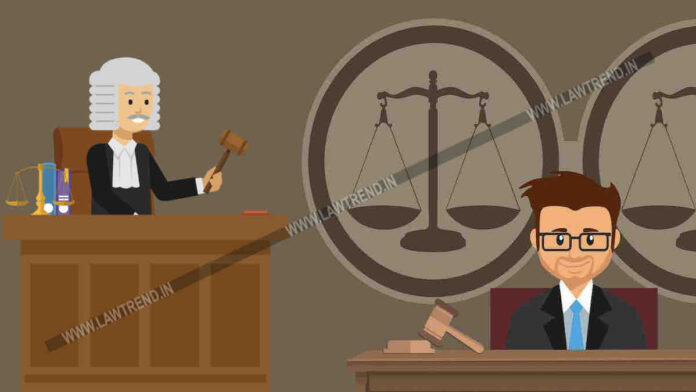 In India, the largest democratic country in the world, the judiciary is a part of the constitution. It protects citizens as well as safeguards their rights. It is the final authority where citizens can get justice in legal matters under the constitutional order.

It plays an important role in law enforcement and decision making on disputes between citizens, states and other parties. Be it the Supreme Court or the district level court, they work to maintain law and order in the country.

In this judicial system, the work of dispensing justice at the district level is done by the Judges and Magistrates. Many people consider these two to be the same. However, there is a vast difference between the powers and functions of a Judge and Magistrate.

Chapter II of the Code of Criminal Procedure 1973, deals with the Constitution of Criminal Courts and Officer.

Here we will give you complete information about the functions and rights of both of them.

Section 6 of CrPC provides that besides the High Courts and the Courts constituted under any law, there shall be, in every State, the following classes of Criminal Courts, namely:

According to the constitution, there is a three-layer court system in the Indian judicial system. Supreme Court, High Court and Lower Court. To become a district judge, you must have a bachelor’s degree in law. Along with this, you must have seven years of experience of practicing law. After which you can sit in the exam.

Judicial Services Examination, District or Subordinate Court Examination is organized by the State Public Service Commission in every state of India. This exam may vary from state to state. The Judge is appointed by the High Court.

At the same time, any student after taking a law degree can become a magistrate by directly passing the PCS-J i.e. Provincial Civil Service (Judicial) exam. Those who become magistrates by giving exams remain Second/First class magistrates for a few years, then they get promoted.

There are two types of cases in court

Know the difference between a Magistrate and a Judge

There is a difference of rank and authority between a magistrate and a judge. A magistrate cannot impose a sentence of death or imprisonment for life. The level of magistrate also consists of several levels.

The main function of the District Magistrate (Executive Magistrate) is to oversee the general administration, collect land revenue and maintain law and order in the district. He is the head of the revenue organizations. DM is also responsible for the registration of land, division of cultivated fields, settlement of disputes, bankruptcies, management of jagirs, giving loans to farmers and drought relief.

Hierarchy of Magistrates and Judges

Magistrate Second Class (Section 11 CrPC): From this post begins the order of magistrate in the judiciary. Any matter related to civil comes first in this court. In criminal cases, a Court of a Second Class Magistrate may award imprisonment for a term not exceeding one year and a fine which may extend to Rs 5000, or both of these together to any proven guilty.

First Class Magistrate (Section 29 CrPC): He may pass a sentence of imprisonment for a term not exceeding three years, or of fine not exceeding ten thousand rupees, or of both.

Second Class Magistrate (Section 29 CrPC): He may pass a sentence of imprisonment for a term not exceeding one year, or of fine not exceeding five thousand rupees, or of both.

Chief Metropolitan Magistrate (Section 29 CrPC): CMM shall have the powers of the Court of a Chief Judicial Magistrate.

Metropolitan Magistrate (Section 29 CrPC): He has the powers of the Court of a Magistrate of the first class