What are the Rights of Children in India? How Laws Protect Children? 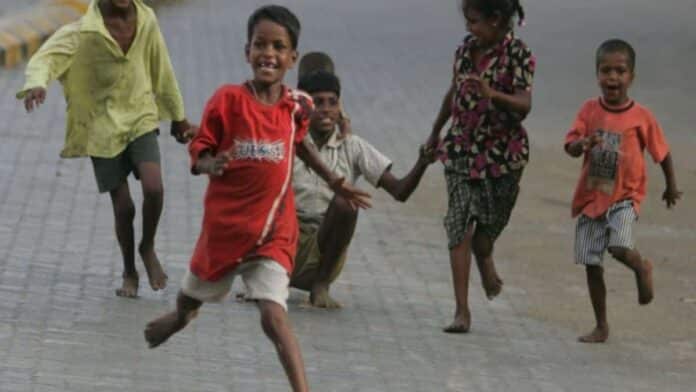 Children are the building blocks of nations’ future. A child means a human who is below the age of eighteen years.

Our constitution safeguards these little ones by guaranteeing them some rights. Children and young people are not only given the same general rights as adults but also some specific right that recognizes their special needs which indeed will promote their overall well being and ensure fair proper treatment.

The United Nations Convention provides standards on Child rights that are mostly accepted all over the world. There have been many instances where injustice, harm had been inflicted on children. Many children had been made to work in precarious places.

It is the duty of the state to look after the child. Hence Children’s rights and laws were framed for providing necessary care, protection, and development. Some of the Child Rights are-

Children are entitled to a name that is to be legally registered and have a nationality to belong to a country. They must have the right to identity in the form of a public record. This ensures national support, as well as access to social services.

The right to health given to a child covers medical care, protection from harmful habits, proper nutrition, and a safe working environment. Articles 23 and 24 enumerate access to special care and support for children with special needs and quality health care that includes a safe environment, clean drinking water, etc. According to Article 47, the state must raise the level of nutrition and improve public health, including that of children.

3)The Right to Education:-

Education helps an individual to develop discipline and learn new things. Children have been given a right to free primary education. According to Article 45, the state shall endeavor to provide free and compulsory education to children until they attain the age of fourteen years.

4)The Right to a Family Life:-

Children have the right to be looked after. As children cannot earn on their own or make proper decisions and earn a living by themselves solely children live with their parents.

5)The Right to be protected from violence:-

Violence is a grave thing for the little ones to face. Such a thing can be disastrous. The right to be protected from violence safeguards the child from all types of sexual exploitations and abuses. It also protects the children from sexual, physical, or ill-treatment from their own families. It takes into view child prostitution and child pornography and thus protects the child from it.

6)The Right to be protected from exploitation:-

Article 23 prohibits trafficking in human beings and beggars or any other form of forced labor. Article 24 prohibits the employment of children under the age of fourteen years in a factory, mine, or hazardous employment.

7)The Right to an opinion:-

7. The Right to be protected from armed conflict (Articles 38 and 39)

Innocent children are converted into refugees due to armed forces, prisoners, or participants in armed conflicts. This all can severely damage a child’s morale as well as perceptions of ethics, which is to be corrected in a nurturing safe environment. While seeking to rehabilitate children affected by war.

The Child Abuse Prevention and Treatment Act was passed by the federal government in 1974 and reauthorized in 2010. It is the largest body of legislation concerning the fair, ethical, and legal treatment of children which intends to keep them free from all forms of abuse including physical, sexual, emotional, and psychological. It also provides various financial assistance for demonstration programs for the treatment of child abuse and neglect and to establish a National Center on Child Abuse etc.

This act was brought into existence on 23rd December 1986, it regulates the working conditions for children in employment and prohibits working of children in certain kinds of employment which are dangerous. Substantive changes were made by the government in the year 2016 in this act. Complete prohibition was imposed on the employment for children below the age of 14 years.

The Child Marriage Restraint Act, 1929 was passed on 28 September 1929, It was implemented to curb child marriages. It restraints marriage until min age i.e 21 for male and 18 for female. This law is universal and applies to all religions. It was popularly known as the Sharda act because of its sponsor Harbilas Sharda

The Immoral Traffic Prevention Act was enacted on 30 December 1956 and was amended in 1986. This act deals with persons who procure or attempt to procure any child for prostitution or persons who are found with a child brothel and punishes them. It also provides due care for rescued children.

This act was introduced on 19th June 2012 it aims at punishing the offenders against children below the age of 18 years of age. It lays down the procedure of trial, such as the name of the victim shall not be disclosed, proceedings to be in camera, accused not to be in front of the child during cross-examination, etc.

The first national health policy was implemented in 1983. The policy provides for universal Immunization Programmes, healthcare-related education in schools and free health checkups at schools, etc.

No Case is Big Or Small For Court, Every Matter Is Important: CJI Chandrachud