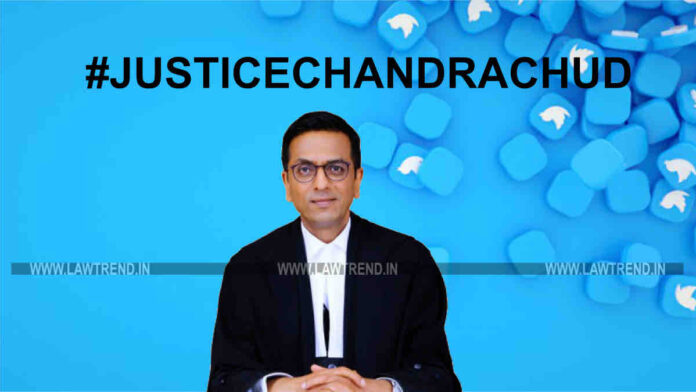 Hours after Prime Minister Narendra Modi’s address to the Nation, #JusticeChandrahud started Trending on Twitter. Why is it so?

On Friday, the Supreme Court had asked the Centre to review its vaccination policy, saying it was “prima facie arbitrary and irrational” to allow states and private hospitals to charge people in the 18-44 age group for the jabs.

This is just days before Prime Minister Narendra Modi announced free COVID inoculation for all over the age of 18 beginning June 21.

PM Modi stated in his address to the nation that the central government will provide free coronavirus vaccine to states for inoculation of all adults over the age of 18 beginning June 21, as the government has decided to buy 75% of jabs from vaccine manufacturers, including 25% of the state quota, and give it to states for free.

The development is significant since a bench led by Justice D Y Chandrachud raised a spate of probing questions to the Union government on liberalised vaccination policy and differential pricing of vaccines for the Centre, states, and private hospitals.

The Supreme Court was considering a Suo Motu case on COVID-19 management in the country.

The Centre provided free vaccinations to frontline healthcare workers and people over the age of 45 during the first phase of vaccination, and subsequently the liberalised vaccination policy was implemented, which included a differential pricing policy that was scrutinised.

Observing that courts cannot be “passive spectators” when administrative policies violate individuals’ constitutional rights, the bench criticised the vaccine programme, calling it as “prima facie arbitrary and unreasonable,” and ordered its revision in an order posted on June 2.

The Supreme Court further ordered the Centre to give details, including how Rs 35,000 crore allotted for vaccines in the budget has been spent thus far, as well as to record all relevant papers and file notations showing its reasoning culminating in the policy within two weeks.

Concerns such as discriminatory pricing were noted by the Supreme Court, which stated, “We direct the Union of India (UoI) to undertake a fresh assessment of its vaccination policy addressing the concerns raised.”

The Prime Minister said on Monday that the Centre would now acquire 75% of vaccines from vaccine makers, including 25% of the state quota, and provide it to states for free.

“The Union Budget for Fiscal Year 2021-2022 set out Rs 35,000 crore for vaccine procurement. In view of the Liberalized Vaccination Policy, the Central Government is asked to explain how these funds have been spent thus far and why they cannot be used to vaccinate those aged 18 to 44 years,” the bench, which also included justices L Nageswara Rao and S Ravindra Bhat, stated.

“As a result of the importance of vaccinating individuals in the 18-44 age group, the Central Government’s policy of conducting free vaccination themselves for groups under the first two phases, and replacing it with paid vaccination by State/UT Governments and private hospitals for the persons between the ages of 18 and 44 is, prima facie, arbitrary and irrational,” the bench stated.