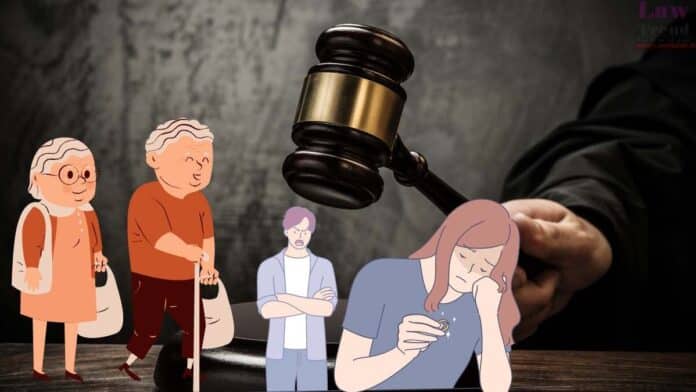 In a landmark decision, the Chhattisgarh High Court recently ruled that if a wife insists on separating her husband from his parents and threatens to implicate him in a false dowry demand case, she is committing mental cruelty.

A division bench of Justices Goutam Bhaduri and NK Chandravanshi was hearing a petition filed by a husband challenging an order issued by a Family Court in Korba on February 21, 2017 that denied his divorce petition based on cruelty.

Based on the evidence presented, the judges concluded that the couple’s marriage lasted only two months before disagreements arose. The wife frequently left her matrimonial home to visit her parents.

Even her father insisted that the husband live in his home rather than the matrimonial home. However, the husband made several unsuccessful attempts to reconcile.

The judges also mentioned that the husband’s father is an elderly retiree employee and that he has a younger brother.

“In such a case, if the wife persistently puts pressure on the husband to separate from his family and live with her at her parental home, and also threatens him that if she does not, she will implicate him in a dowry case, this amounts to mental cruelty on the husband’s part “The Court decided.

To reach this conclusion, the court considered the conjugal rights settlement agreement, in which the wife specifically stated that she would live with the husband only if he lived separately from his parents.

Furthermore, the bench disagreed with the Family Court’s findings, which stated that because no police complaints were filed, the couple might be able to settle together in the future.

The Court concluded that the Family Court’s observation was completely unjustified. While doing so, the Family Court has taken on the role of a counsellor rather than an adjudicator.

The Court added that the Family Court is not supposed to advise the parties on remedies or to rule on the likelihood of a happy marital life in the future.

As a result, the High Court granted divorce on the grounds of mental cruelty to the husband.

In The Age of Fake News, We need journalists more than ever: Justice Chandrachud