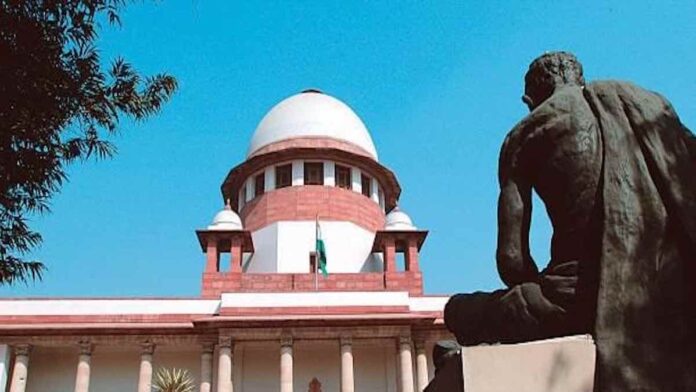 On Monday, the Supreme Court in two different orders from 1st February 2021 condemned the defaulting actions of the government.

In both orders, Special Leave Petitions were filed by the Union of India and The State of U.P. respectively.

Both orders were dealt by the two-judge bench of the SC comprising of Hon’ble Justices Mr. Sanjay Kishan Kaul and Mr. Hrishikesh Roy.

The first SLP, filed by the State of U.P. was of a ‘gruesome double murder’ on which the trial court had given a death sentence. The court stated its shock in the way the case had been handled. After the death sentence from the trial court, an appeal made to the Allahabad High Court in 2013 resulted in an acquittal. The appeal in the SC was made after a huge delay of almost 8 years!

After looking at the application, the court observed that a certified copy of the judgement from 2013 had already been obtained in the same year and the matter was entrusted by the state government to permit an SLP. The Petitioner also did not give a reason for the delay made by it in the matter.

The court, thus listing the matter after four weeks stated that answers be given for:

-when the permission was granted to file the SLP

-when matter was given to the state counsel and

-what follow-up was made after giving the matter to the counsel.

The second SLP, by the Union of India, was also filed after a delay of a year. The reason given for the delay was “a saga of movement of files that too with long interludes”. The court stated that this reason for delay clearly shows the casual manner in which the Union had approached the Court.

“We have repeatedly discouraged State Governments and public authorities in adopting an approach that they can walk into the Supreme Court as and when they please ignoring the period of limitation prescribed by the Statutes as if the Limitation statute does not apply to them.” The court stressed on the fact that leeway given to government and public authorities due to innate inefficiencies, when technology was not advanced, cannot be continued. It was no more a prevalent legal position.

It also called out the petition, stating that the SC had named such cases as “certificate cases”, meaning those filed only to obtain a ‘quietus’ from the SC; thus nothing could be done in the matter as it was dismissed by the highest court. Such petitions are only to complete a mere formality and save those officers who may be at default.

The court refused to grant such ‘certificates’ stating that if the government or public authorities suffer a loss, they should be responsible for it and also suffer the consequences. It also put in check the irony that no action is taken against defaulting officers and if the court demands it, a mere warning is given.

The Court imposed costs of Rs.25, 000 on the petitioner as a penalty for delay, casual handling of the case and for wasting judicial time.