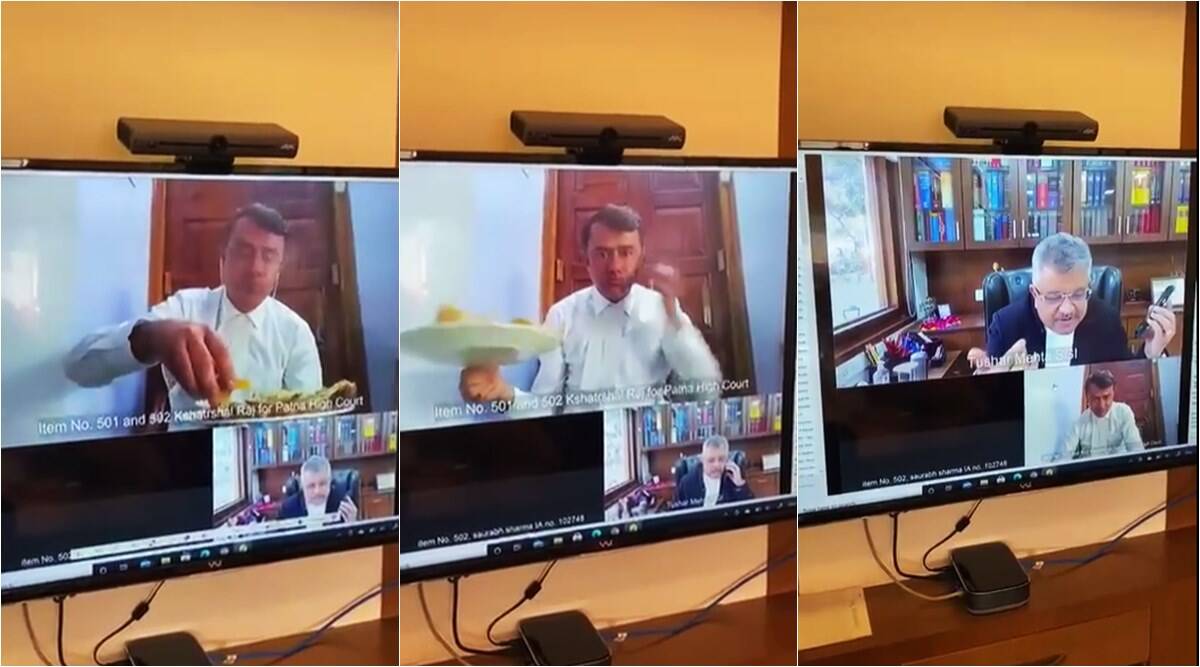 A Patna High Court lawyer was caught enjoying his lunch while appearing before the court through video conferencing mode.

The viral video that’s doing the rounds shows the lawyer preoccupied with his meal and doesn’t realise Solicitor General of India Tushar Mehta appeared in the same case.

It appears that the lawyer was on mute as he failed to listen to verbal indications given by SGI Mehta. Mehta then called the lawyer on his phone, and after realising his mistake, he disconnected from the video conference.

However, Mr Mehta showed his funny side and asked the lawyer to send over some food. (Yaha Beh Do)