Compassionate Appointment: Can Qualification Acquired After the Date of Application be Considered? SC to Consider 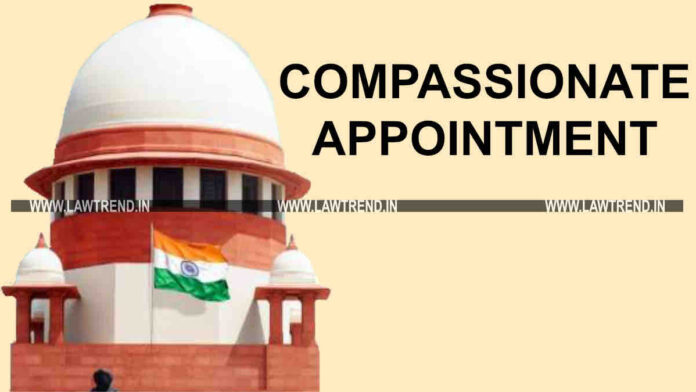 The Top Court has agreed to consider if qualifications that have been obtained after the application date should be considered for appointment on compassionate grounds.

A Bench of Justices MR Shah vs BV Nagarathna issued a notice in an SLP challenging a Delhi High Court order wherein the court ruled that the qualification that an applicant possesses when at time of consideration of the application will be considered.

Before the court, the petitioner’s (Delhi Jal Board) counsel submitted that when the respondent applied for a job on compassionate grounds she had not finished graduation and the degree was acquired later on. It was further argued that at the time of making the application, the respondent was not eligible for the post.

The High Court affirmed the order passed by the CAT had stated that there has been a considerable delay on the part of DJB and as CAT has already directed it to consider the respondent’s application, the High Court refused to interfere and dismissed the plea.

Aggrieved, the Delhi Jal Board approached the Supreme Court.

After hearing the submissions, the Supreme Court agreed to consider whether qualification at the time of application or subsequent qualifications will be considered for appointment on compassionate grounds.

How Can We Compel a 16-year-old Girl to talk to her Mother? Says Supreme Court