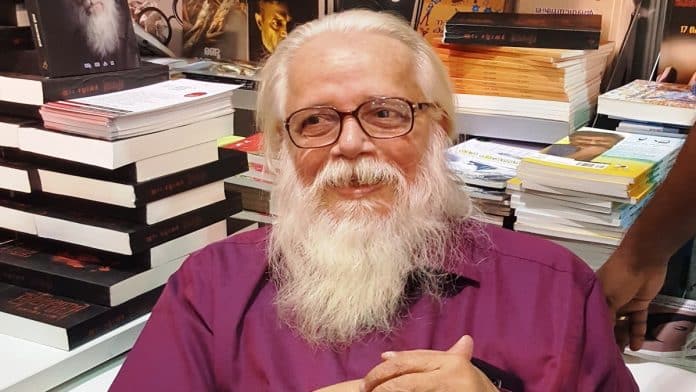 The Supreme Court agreed to hear next week the Union of India’s Interim Application filed in the case of former ISRO scientist Nambi Narayanan, who was arrested in the espionage case but was later acquitted by the Court.

The Court was informed that a committee headed by former Supreme Court judge DK Jain had made its recommendation after inquiring about police officers’ role in a conspiracy against Narayanan.

The application urged the Court to accept the Committee’s report and pass directions on the steps that have to be taken against the erring officials. The Bench agreed to hear the matter next week after Advocate SG Mehta requested the same. However, the Bench declined Mehta’s request t hear the matter the next day.

In 2018, the Supreme Court constituted a Committee headed by former SC judge DK Jain, and they asked to look into the role of police officers in the espionage case. The Committee submitted its report on Saturday.

While forming the Committee, the Court had granted 50 lakhs compensation to Narayanan.

Earlier, a CBI probe held that top police officers from Kerala were behind Narayanan’s illegal arrest.

As per Narayanan, CBI gave him a clean chit, but Kerala Police filed a fabricated case against him for selling stolen technology. Kerala Police had arrested him on charges of leaking official secrets to Maldive nationals.

Kerala Police had detained Narayanan for more than fifty days and allegedly subjected him to torture. When the CBI took over the case, they deemed it baseless and recommended that police officials were at fault and action should be taken against them.