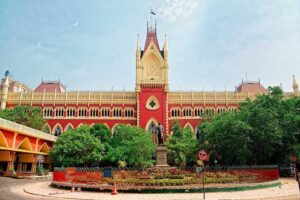 Sharing the screenshot of a hearing conducted through video conference landed a lawyer in trouble with the Calcutta High Court earlier this month. He was, however, let off after he tendered an unconditional apology.

Advocate Shiv Ratan Kakrania had posted a screenshot on LinkedIn of a hearing in a case he was involved in, saying, “We are #happy to#share that we managed to obtain an #Ante‐ #Arbitration #Injunction (ICC Arbitration) in a matter before the Calcutta High Court”.

The hearing was over an application filed by Kakrania’s client, demanding a stay on the arbitration proceedings before the ICC International Court of Arbitration, which arose on a request made by the defendants under a shareholders’ agreement.

On 5 June, the court had ordered a four-week stay on the arbitration proceedings, noting that the issues raised require “appropriate adjudication”. The court had also called for affidavits to be filed in the case. Kakrania had shared the post the same day.

The court raised objections to the screenshot being taken, “which is equivalent to a photograph of a Court Proceeding, without the leave of this Court”. It also said that the screenshot was then shared on LinkedIn without the court’s knowledge or permission.

“An insinuation may be evident from the aforesaid writing on the page in question seen with the screenshot,” the court further said. This was due to the language used and the use of the word “managed” in the post.

The court expressed its “deep displeasure” at the post and was of the view that “it has been done in bad taste”.

Justice Mantha even considered not hearing the arbitration case anymore. However, the judge was convinced by the lawyers from both the parties involved in the case to continue hearing it, pointing out that substantial resources had already been spent on the case.

While Kakrania tendered an unconditional apology during the hearing and assured the court that it was bona fide, the court nevertheless directed a suo motu contempt proceeding to be listed against the lawyer. He was asked to “file an affidavit… explaining his conduct”.

According to the order passed on 25 August, Kakrania filed an affidavit on 19 August, tendering an unconditional apology and accepting that publishing a screenshot of the court proceedings without the court’s permission was “incorrect”.

The lawyer informed the court that the screenshot was deleted soon after.

“He has also explained that the statement made in the publication was wholly unintentional. He did not want to lower the dignity or the majesty of the Court. He has also apologised for the same,” the court noted.

Justice Mantha, therefore, let him off with a warning, observing, “The contempt proceedings are dropped with a warning, however, to Mr. Shiv Ratan Kakrania not to repeat such conduct in future.”