Not Standing During National Anthem- Is it Illegal? 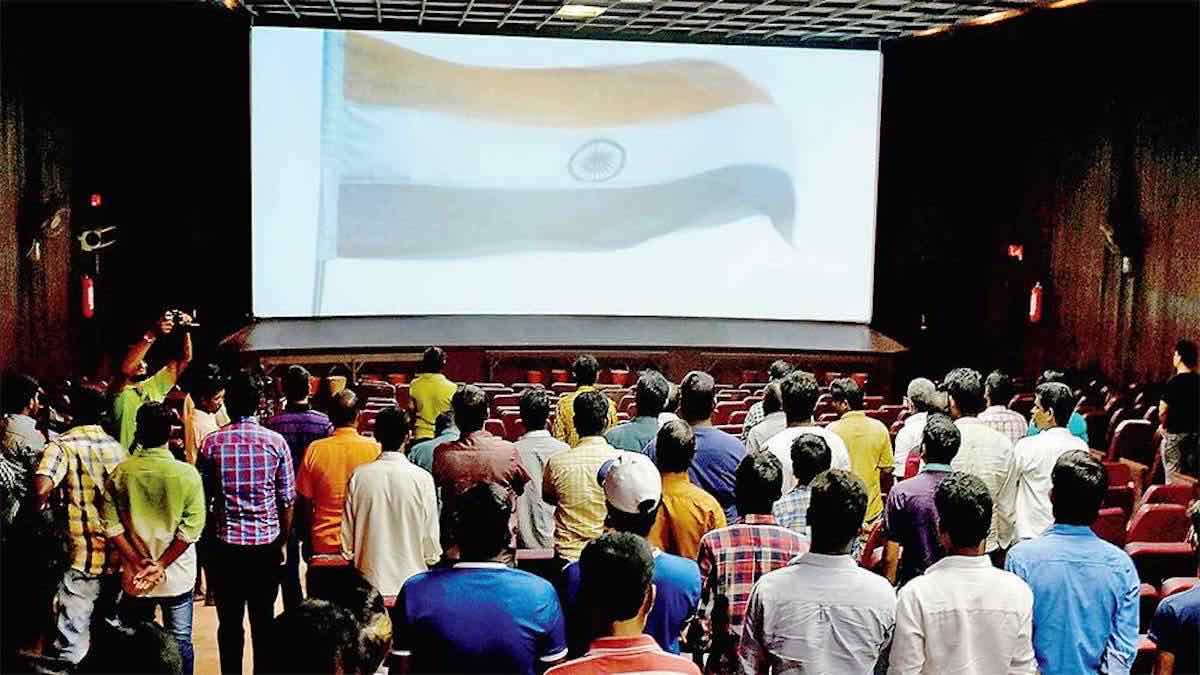 A person and his family were pushed out of a theatre in Maharashtra for not standing when the National Anthem was being played, therefore the question is that Is it Illegal to not to Stand When National Anthem is Played or Sung?

The Insults to National Honour Act,1971 has been enacted to prevent disrespect and insult to the national flag and the Constitution of India.

Section 3 of the Act states that whoever in the public place within the public view burns, mutilates, defaces, defiles, disfigures, destroys, tramples upon the Indian National Flag or the Constitution of India will be punished with imprisonment for a term of three years, or with fine, or with both.

But none of the provision dictates that it is mandatory to standup when national anthem is being played.

In November 2016, the Supreme Court passed a direction making it mandatory to play national anthem in cinema halls before the movie starts. A Division Bench of Justice Dipak Mishra and Justice Amitava Rao passed the order reasoning that this is to instill a sense of nationalism and patriotism in citizens.

The court specifically directed that

Further before playing the national anthem all the entry and exit gates shall be closed so that no disturbance be caused during this process of playing national anthem.

But in January 2018 a larger bench of three Judges made playing of the national anthem in cinema halls optional rather than mandatory. The Supreme Court clarified this on the request of the central government which also informed that the government is in the process of framing guidelines on conditions when the national anthem is to be sung and played. Further, the court exempted persons on wheelchairs and persons having other disabilities.

However the Court also added that not joining in singing does not mean disrespect to the national anthem.

In October 2018, the Home Ministry issued an order stating that

The Committee formed by the Ministry of Home Affairs for framing the guidelines has still not finalized the guidelines, and as per the news reports Government is willing to make it optional to stand while national anthem is played or sung.