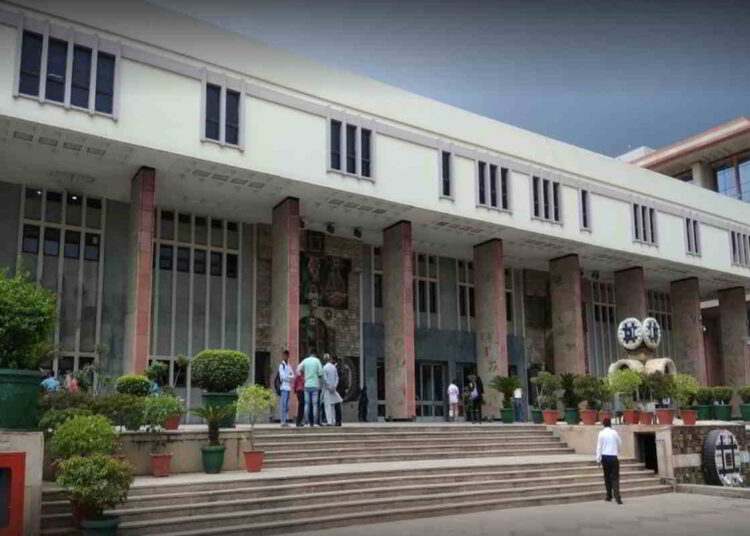 645
SHARES
1.8k
VIEWS
Share on FacebookShare on TwitterShare via WhatsappShare via EmailPinterest

Delhi High Court has ruled that the Central Government’s consent is a prerequisite for premature release of a prisoner u/s 354 of CrPC.

The Bench observed that the word consultation as construed by Apex Court in Union of India vs V Sriharan @ Ors would mean consent.

The Bench clarified that the Supreme Court merely interpreted Section 435 CrPC as enacted by it and did not set down any law, which differs from what was enacted by the Parliament.

Therefore, the Court rules that contention that ruling in V Sriharan case would be applicable prospectively was without merit. The Bench stated that a statue does not become operative from the date it was interpreted, it comes into force from the date it is enacted, unless specified.

The order described above was passed when the Bench was considering a plea filed by one Kartik Subramanium, who challenged Centre’s refusal to commute his sentence.

As per SRB guidelines, the Petitioner became eligible for premature release on 07.05.2017.

SRB recommended the Petitioner’s release four times, and Governor of Delhi also approved the same. However, the Centre rejected the request three times, and the matter was pending before it for the fourth time.

Arguments raised Before the Court:-

Counsel for the Petitioner raised the following argument before the Court:-

Findings and Decision of the Court:-

While addressing the first contention, the Court observed that decision in the case of Union of India v. Sriharan @ Murugan (supra) didn’t result in any policy change. That decision merely interpreted the statutory expression, as mentioned in Section 435 of CrPC. The concurrence of the Centre for commuting or remitting the Petitioner’s sentence is compulsory.

Whoever, the Bench opined that Centre’s disagreement with SRB’s decision was unreasonable and arbitrary.

Lastly, the Court looked into CBI’s affidavit that it was necessary to serve out the whole sentence; otherwise, life-sentence would be fruitless.

The Court held that the impugned could not be sustained, as Centre’s disinclination to release the convict was arbitrary and unreasonable.