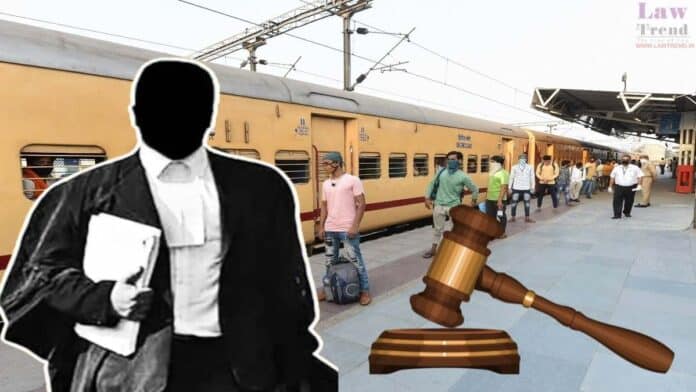 After more than 22 years of fighting for Rs 20 from the Railways, an advocate from Uttar Pradesh’s Mathura district has finally won.

The Railways will now be required to pay the entire amount on Rs 20 in a month at a rate of 12% per annum interest.

In addition, directions have been given to pay a fine of Rs 15,000 for financial and mental pain, as well as litigation expenses.

On August 5, the District Consumer Forum ruled in favour of the advocate after hearing the complaint.

On Monday, Advocate Tungnath Chaturvedi, a resident of Mathura’s Holigate area, stated that on December 25, 1999, he and one of his associates went to the Mathura Cantonment ticket window to purchase a ticket to Moradabad.

The ticket cost Rs 35 at the time. He gave the person at the window Rs 100, who deducted Rs 90 instead of Rs 70 for two tickets and did not return the remaining Rs 20 despite being told.

Chaturvedi stated that after completing the journey, he filed a complaint in the District Consumer Forum against ‘North East Railway’ (Gorakhpur) and ‘Booking Clerk,’ including Mathura Cantonment as a party. On August 5, the matter was finally resolved after more than 22 years.

Consumer Forum President Navneet Kumar ordered the Railways to refund the Rs 20 collected from the advocate at 12% interest per year. During the hearing, the advocate suffered mental and financial distress, as well as litigation expenses and a Rs 15,000 fine.

He also ordered that if the amount is not paid within 30 days of the Railways’ announcement of the decision, it must be returned with 15 percent interest on Rs 20 instead of 12 per annum.

“The ‘booking clerk’ of the railways had charged Rs 20 more at that time,” said advocate Tungnath Chaturvedi. He had given a hand-written ticket because there were no computers at the time. After more than 22 years of fighting, he finally won.