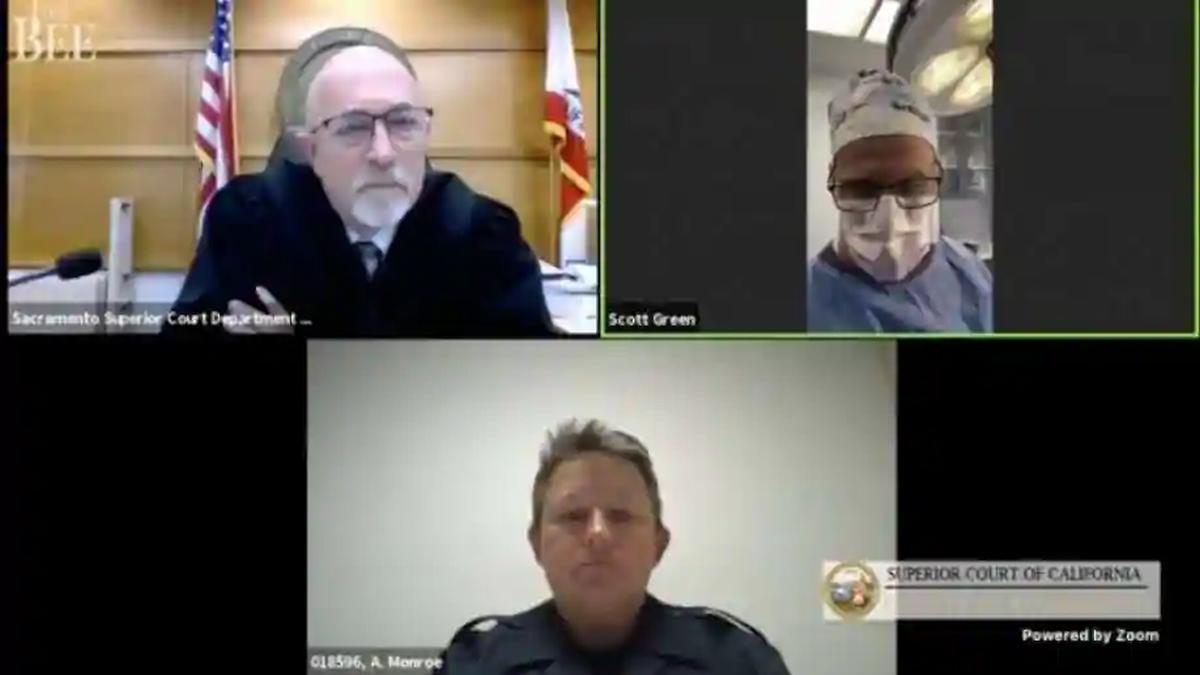 In an unexpected incident, a surgeon from the USA appeared for his trial, held through a zoom call, while operating on a patient.

In the video, the surgeon can be seen dressed in surgical scrubs, and you can hear the medical machinery beeping in the background, but the patient who was undergoing surgery cannot be seen.

The Court clerk asked the surgeon if he was available for the trial and confirmed if he was in an operation theatre. The surgeon replied in the affirmative and permitted the clerk to begin the trial.

The Court clerk also informed the surgeon that the trial was live-streamed and was open to the public. Till this time, the Court Commissioner, Mr Gary Link, had not entered into his chambers.

When the judge saw that the surgeon was in the middle of an operation, he was reluctant to begin the trial.

The surgeon informed the judge that there were other surgeons at the operation theatre, and he could attend the trial freely.

However, the Judge refused to start the trial as the surgeon was not actively involved in the surgery and could not attend to the patient.

When the Medical Board of California heard of the case, they informed the surgeon that they expect surgeons/physicians to follow the standard of care while treating patients. The Board has also stated that they will probe the matter.