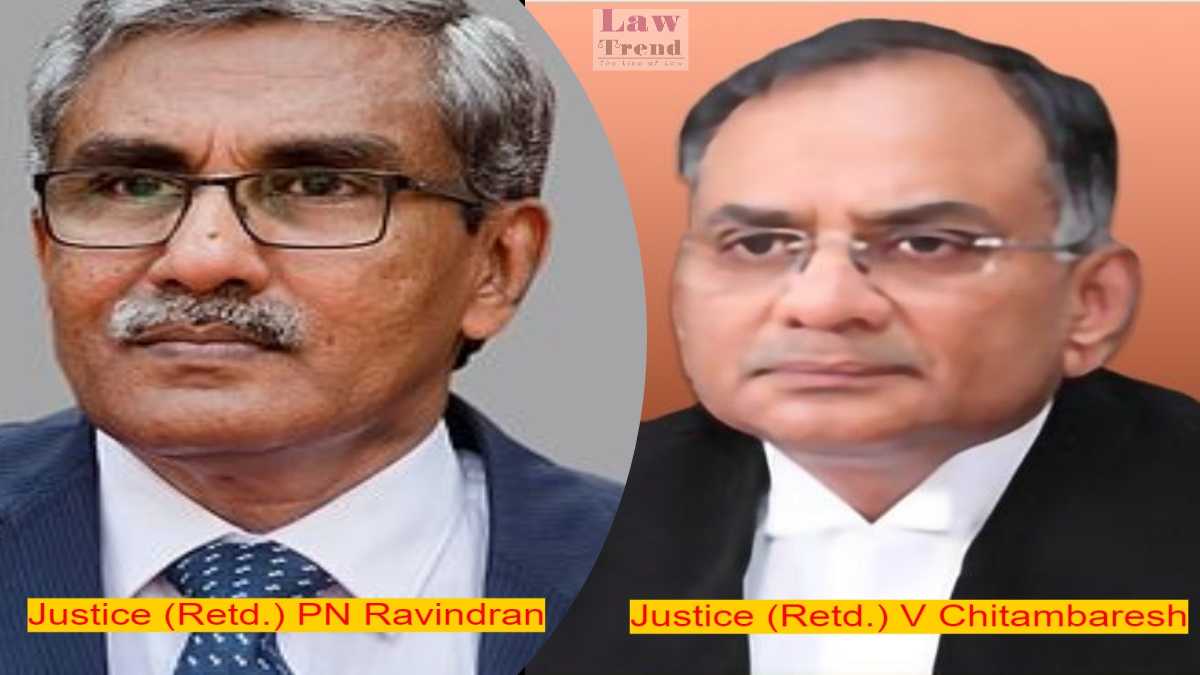 In a new development, two former judges of the High Court of Kerala, Justice (Retd.) PN Ravindran and Justice (Retd.) V Chitambaresh joined BJP on Sunday during the Vijaya Yatra function at Tripunithura, Kerala, as per news reports.

Justice Chitambaresh was elevated to High Court in 2011 and served as a judge until 2019, while Hon’ble Justice Ravindran served as a High Court judge from 2007-2018.

In 2018, Justice Pasha was in the limelight due to his retirement speech, where he commented on nepotism in the appointment of judges and post-retirement jobs. During the speech, he stated that such events diminish the glory of the Kerala High Court.

Justice Ravindran, who retired some days after Pasha’s retirement, commented on the incident in his farewell speech and stated that people should refrain from maligning and denigrating the judiciary.

Justice Chitambaresh also drew flak when he stated that Brahmin should call for economic reservations and that Brahmins were not vocal enough about their rights and demands. During the same speech, he also stated Brahmins should be at the helm of affairs.