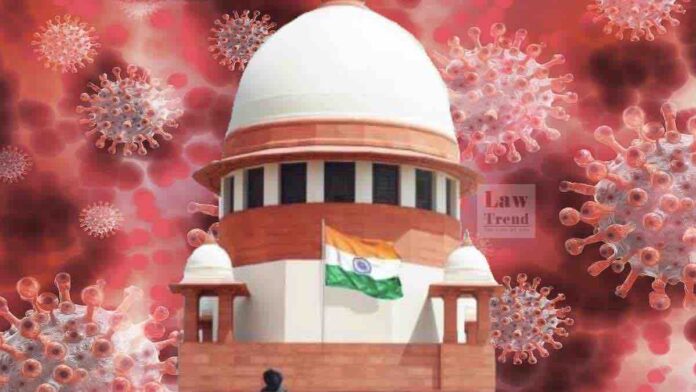 On Wednesday, a Supreme Court took suo moto cognizance of the Uttar Pradesh government’s decision to allow the Kanwar Yatra in the midst of the COVID outbreak.

The bench has issued notices to the Union Government and the Uttar Pradesh Government. The case will be heard on Friday.

The neighbouring state of Uttarakhand cancelled the Kanwar Yatra yesterday, citing the pandemic danger. Uttar Pradesh, on the other hand, has opted to allow the pilgrimage yatra with certain restrictions.

The yatra is scheduled to take place from July 25 to August 6.  The Supreme Court took suo motu cognizance on Wednesday of a report in The Indian Express published on Wednesday morning that stated, “Amid fears of a possible third wave of Covid-19, the Uttarakhand government has suspended the kanwar yatra even as neighbouring Uttar Pradesh is pressing ahead with the annual ritual that sees a heavy movement of pilgrims across states in the northern belt.”

“We read in the Indian Express today that the state of UP has decided to continue with the Kanwar yatra, whilst the state of Uttarakhand, with its hindsight of experience, has decided not to have the Yatra. We’d like to know what the respective governments’ positions are. India’s people are absolutely bewildered. They have no idea what is going on. And all of this comes while the Prime Minister declares, when asked about a third wave of Covid striking the country, that “we cannot compromise even one bit.” We have served notice on the Centre, the states of Uttar Pradesh and Uttarakhand, and because the yatra is slated to depart on July 25, we want them to respond as soon as possible so that the issue can be heard on Friday.” observed Justice Nariman,