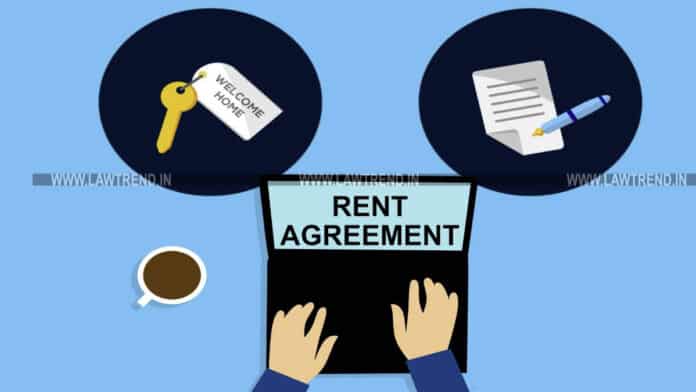 When a person has temporary possession of an item or commodity owned by someone else, he has to pay an amount or reward for utilizing and reaping benefits from that commodity which is known as rent.

The commodity can be anything such as a building, land, machine, residence,etc. Most people in India live in rented houses so tenants are required to pay rent and meet all the legal requirements and conditions given in rental agreements.

A rental agreement is a contract between landlord and tenant that contains some preconditions and terms of the property which will be rented or leased to the tenant. Rent agreements can be drafted by a lawyer or a legal authority or by ourselves too.

The Tenancy Act promotes rental houses in India. Rent can be paid on a monthly or yearly basis depending upon the type of agreement made between two parties. Drafting a rent agreement on your own can help save a few pennies and avoid future disputes.

Here are the steps to prepare a rent agreement on your own.

Documents required for Registration are:-

Essentials that are to included in a rent agreement are-

By following these aforesaid steps a rental agreement can be drafted easily without the help of a lawyer or legal authority.

WHEREAS, the first party is the owner in possession of the residential _________ total measuring _________ and is interested to let out the same to the second party on monthly rental basis on the request of the second party and the terms & conditions of which are as under:-

NOW THIS AGREEMENT WITNESSETH AS UNDER: –

3-    That the period of the tenancy may be extended for its further period only on the option of the party of the first part and in that event the rate of the rent shall be increased at the rate of __% after __ months on its previous rate.

5-    That no interest on the security amount shall be payable by the first party to the second party.

6-    That in case the second party fails to pay the monthly rent to the first party consequently for the period of two months, then the second party shall have to get vacated the premises in question immediately.

7-    That the second party shall handover the vacant physical possession of the rented premises to the first party at the time of expiry of the tenancy period positively.

8-    That the second party shall abide by all the rules and regulations of the local authority.

9-    That the second party shall use the rented premises only for residential purpose.

10-    That the second party shall pay the electricity, water charges extra then the said agreed rent to the first party regularly as and when the bills for such expenses/charges are produced by the concerned authorities/offices.

12-    That the second party shall not sublet, part with possession assigned the same to any person in any manner.

13-    That the second party shall not make any constructions as in the rented premises without the written consent of the first party.

15-    That the second party shall permit the first party or any of his authorized person to enter the said premises at reasonable time for inspection purpose.

16-    That the first party shall pay all the taxes such as property tax, house tax, etc. as are or may hereinafter be assessed by the Local authorities or nay concerned authorities in respect of the premises in question.

18-    That the parties to this agreement have specifically agreed that the conditions of the location, accommodation and conditions of the said property/premises in question the agreed rent is a fair rent and is in the consequences with the prevalent market rates and second party has accepted it as a standard rent.

IN WITNESSES WHEREOF, the parties have signed this agreement on the date, month and year first above written in the present of witnesses at ______________

IN WITNESS present, the tenant has taken the said premises on rent on the following terms and conditions:

5. The tenant shall not sublet, assign or part with the possession of the premises without written consent of the landlord.

7. The tenant shall not cause and damage to the rented premises. In case any damage is caused, the cost of repairs shall be borne by the tenant.

8. That the tenant shall hand over the vacant possession of the premises to the landlord on ________.

9. That in case the tenant wants to vacate the premises prior to ________, he shall have to serve one month’s prior notice to the landlord in writing.

In Witness whereof the parties have signed this agreement at Coimbatore on the day mentioned above.