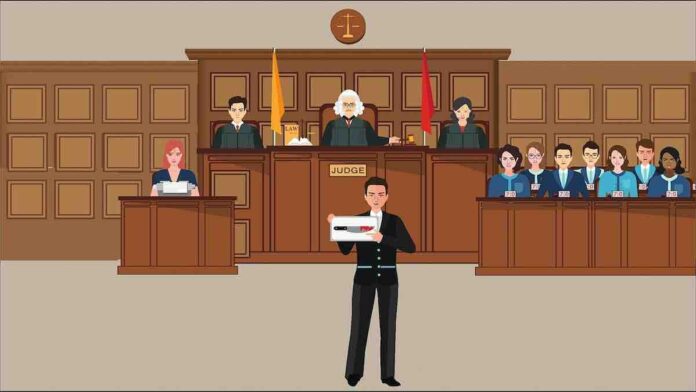 Have you seen how Moosa from the ‘Family Man’ Series kills a homosexual manager at a chemical factory after threatening him? A similar case was heard by the Madras High Court on Tuesday (22nd June).

Due to the threat made by the accused persons, the deceased Venkatachalam telephonically called his wife and asked her to come over to the farmhouse.

After concluding the trial, the learned Principal Sessions Judge, Namakkal, Namakkal District, came to the conclusion that the petitioner/Accused No.2 is found guilty of the offense under Section 302(Murder) of IPC and Section 201(Causing disappearance of evidence) thereby, convicted and sentenced to undergo imprisonment for life and to pay a fine of Rs.10,000/-, in default to undergo simple imprisonment for four years.

Aggrieved by the conviction order and sentence, the accused filed a petition before the High Court for suspension of his sentence and grant of bail.

After considering rival submissions, the Court observed that “it is true, during the time of trial, in order to prove the offense, no eyewitnesses have been examined on the side of the prosecution. However, the evidence given by PW4 is very clear that before the occurrence, he saw the deceased along with the accused. Accordingly, the prima facie evidence is available to prove the last seen theory”

Further, the Court observed that it was the case of the prosecution that after the alleged occurrence, the other accused in the case had voluntarily surrendered before the Village Administrative Officer and gave an extra-judicial confession statement and the same was substantiated through the material objects, which were recovered by the investigation officer. In the said circumstances, for proving the offense under sections 302 and 201 IPC, expecting an eyewitness is unnecessary.

The division bench of Justice P.N. Prakash and Justice R. Pongiappan ruled that it is not a fit case to suspend the sentence and grant bail to the accused. Hence the petition was dismissed.