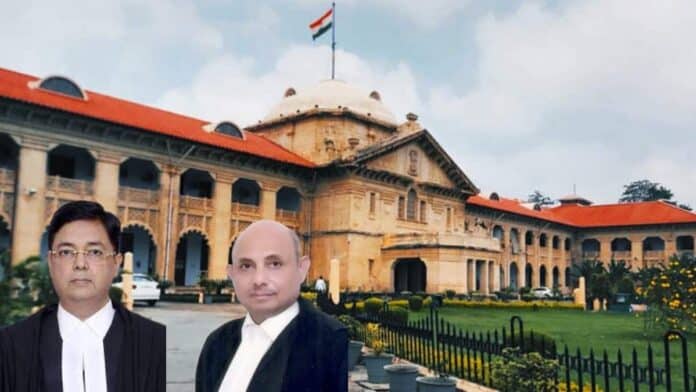 On Tuesday, the Allahabad High Court asked the UP government how long it will take to make arrangements regarding security, CCTVs, and biometrics in all judgeships of UP.

A Bench of Justices Suneet Kumar and Samit Gopal raised this issue in a suo motu PIL regarding security in courts in UP. The PIL was registered after the shooting incident in Bijnor Court.

The court gave the counsel for the State of UP 1 week to give a timeline as to when Lucknow and Azamgarh courts will get biometrics.

Earlier the Court had noted that there were deficiencies in various security arrangements and had asked the government to apprise it about the security personnel deployed at various courts.

When the State submitted its affidavit the court was not impressed and remarked that the work on the ground was not progressing.

It should be noted that on previous occasions also the High Court has come down heavily on the government about the security arrangements and the speed of implementing new technologies like biometrics.