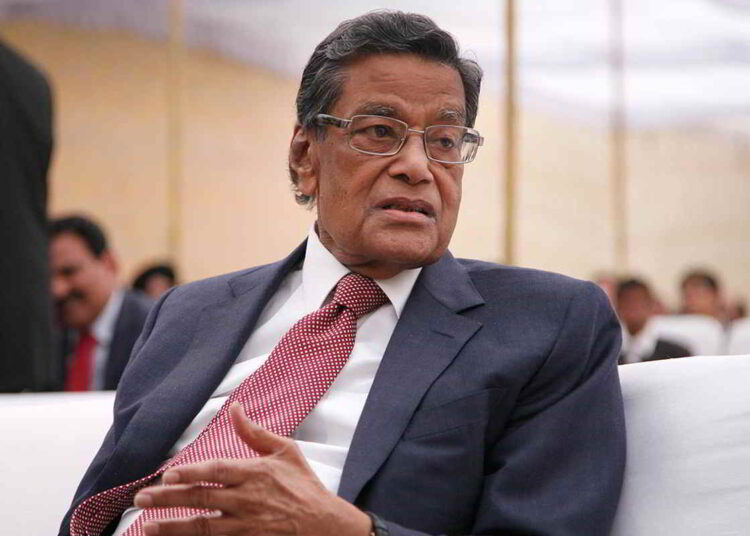 555
SHARES
1.6k
VIEWS
Share on FacebookShare on TwitterShare via WhatsappShare via EmailPinterest

While speaking at the Constitution Day function organised by the Supreme Court, Attorney General KK Venugopal has suggested creating four benches of Courts of Appeal with 15 Judges each sitting across the Country to reduce the burden of the Supreme Court.

If this system was implemented, then as per the AG, the burden of work on SC Judges will reduce drastically, however, a constitutional amendment will be needed for this, remarked Mr Venugopal.

The Attorney General also suggested that there should be 4 Benches of the Court of Appeals to ensure that everyone from the Country will get access to Justice. Citing a study done by Yale University, he said cases from southern states account for only 1 to 2 per cent cases in the Supreme Court on account of long-distance and because of difficulty of engaging a counsel.

He also remarked that the justice delivery system should be swift and the middle class and lower middle should not be expected to wait for 30 years to get Justice. He also remarked that due to their deep pockets, the Corporates could wait for several years and also approach the Supreme Court conveniently.

Mr Venugopal also congratulated the Gujarat High Court for streaming their proceedings on Youtube, and he said that he was very impressed with the conduct of the lawyers who addressed the Court very politely.

According to the AG, Video conferencing should be adopted by all the Country, and live streaming of the proceedings should also become a mainstay even after the pandemic was over.

While concluding, Mr Venugoapl said that the Constitution should be amended to introduce a COurt of Appeals so that the Supreme Court can be relieved of its burden.