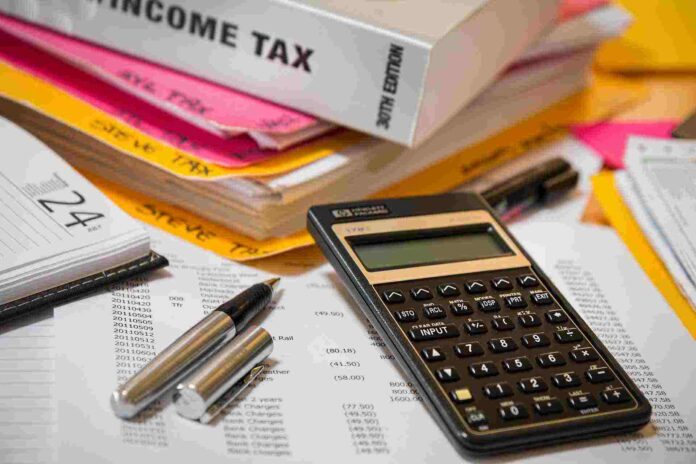 Taxes, in the most theoretical definition, can be said as the mandatory contribution levied on individuals by the government or entity with political power.

Taxes can be levied by the Central or State governments and sometimes by both. They are a way for the government to make revenue and place it back into those areas meant for the public benefit, such as schools, roads, hospitals, etc.

Tax payment is a serious duty over the citizen. These taxes are dependent on the income and nature of those paying them. For example, a person of a lower economic standing will have to pay less tax (or may even be exempted) as compared to someone with a higher economic standing. Further, Small businesses may pay less or be exempted in comparison to that of large scale business.

Taxes are filed every financial year, which ends on the 31st day of March. The year immediately succeeding the previous year is referred to as the “assessment year“. The previous year’s income is taxed in the assessment year. Thus, for example, tax for the year 2020 would be assessed in 2021.

However, tax-evasion is a serious offence, carrying a punishment under the Income Tax Act, 1961. There are two chapters, 21 & 22, in the act that specifically deal with illegal acts in relation to taxes. These relate from simple fines and dues to strict incarceration.

To avoid them, here are 10 tax laws every Indian must know.

Tax is payable by every resident in India. Not just citizens, but also residents are liable to pay tax in India. A specific mention as to who ‘residents’ are is made under Sec.6 of the Income Tax Act. A company whose key management & commercial decisions have taken place in India is also regarded as a resident and thus a tax-payer. Further, tax is deductible on Global Income of any resident in the territory.

Just like AADHAR is linked to everything, it has not left the tax realm alone. All individuals who own an AADHAR card are obligated to mention the same in their Income Tax Returns. Missing details in this regard will have a legal notice issued to such person. Further, such AADHAR card must be linked to the PAN card before filing for return.

Under the Income tax Act, taxable income is divided under 5 heads, namely: Salaries, Income from house property, Profits and gains from business or profession, Capital gains, and Income from other sources. All money is fixated into these five heads in order to be taxed.

The three ways in which the Government collects Income tax are through TDS, TCS and Voluntary payment by taxpayers into designated banks. TDS refers to Tax Deduction at Source. This means that a taxpayer will have the tax deducted from them at source, i.e. on the gross income directly. TCS stands for Tax Collected at source; meaning that which a seller collects from a buyer at the time of sale (indirect taxes).

To determine how much tax one actually has to pay, a look at tax slabs can be done. Tax slab is simply the stratification of people by their income and how much tax is payable. Thus, each ‘slab’ is a group of people falling under a certain income strata of taxes. The tax slabs for financial year 2020-2021 looked as follows:

Income Tax Return is basically a form about a person’s income and the taxes payable on the same during that financial year. Filing an income tax return is essential for every taxpayer. It must be noted that every person, whose gross total income exceeds that of the basic tax limit, by law needs to file a return. It is said that even if one comes under the basic limit (i.e. zero tax payable), it is always advised to file a tax return.

After filing an Income Tax Return, the verification of TDS details in Form 26AS is done. This form is a consolidated annual tax statement showing the details of tax which has been deducted & collected at source, advance tax paid, along with a self-assessment tax. A taxpayer must check whether the amount deducted from them has been credited to a PAN. Form16 shows the tax deducted by an employer; but the taxpayer must check in Form 26AS to confirm that other taxes are also credited to a PAN.

This is an exclusive proof that one has paid taxes. If there are any discrepancies, they must be reported so as to get them rectified. Tax authorities will  match the Income Tax Return filed and Form 26AS to check if everything is apt. In case that the two do not match, a taxpayer may receive a notice in this regard.

As stated above, filing an Income Tax Return is a crucial part of the tax-paying process. It is important that one selects the right form for the same.

A return under ITR 1 shall be filed when a tax payer’s total income is upto Rs.50 lakhs annually. Such income should be from sources such as salary, house property, or other incomes in the form of dividends or interest. Also, individuals having agricultural income up to Rs.5000 can file a return under this form. However, the form is not relevant if filed by the director of a company, any investor of any unlisted company, and if the TDS on income is deducted in another person’s hand. A standard deduction of Rs.50,000 is done under this form.

The ITR 2 form is used by an individual or a Hindu Undivided Family which does not  receive income under the heading “Profits and Gains from Business or Profession”. Thus, such persons or family not involved in any kind of business, yet receiving income in other forms shall file a return under this form. Any individual or any director of a company having investment in the unlisted equity shares of a company is bound to file a return under here.

ITR 3 is exactly opposite to that of ITR 2. It is used by individuals or Hindu Undivided Families (Businesses) having an income through “Profits and Gains from Business or Profession”. It thus also includes any income from residential properties, Salaries/Pensions, capital gains and any income from other sources.

This is a type of form used by those who have a presumptive income scheme according to Section 44AD and 44AE of the Income Tax Act. This allows for the calculation of tax on estimated Income or Profit; for example estimated business profit.

In the event of changing jobs, the new employer may lack in taking into account the income accrued from the previous job. Thus, tax deduction may be done from the time when the employee has joined this new job. However, it is pertinent to note that the Income from such a previous employer must be taken into account when deducting tax from the salary. If such is not done, this mistake is caught at the time of filing income tax return.

Keeping in mind these 10 laws will always keep one updated with basic tax knowledge. It will also help at the time of filing, when an agent does the work for you, but you actually understand what is being done.