Whether Salary of the President of India is Taxable? 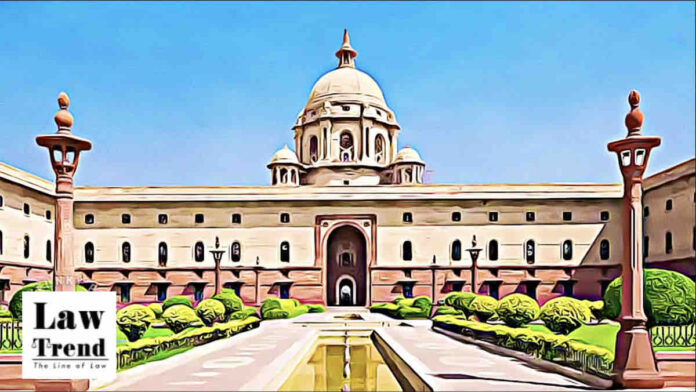 Is Salary of President of India Tax Free?

In this article, we will not test the statement of the Hon’ble President of India but will try to clear the air on this issue through relevant provisions and Judgments.

Article 59 of the Constitution of India relates to the conditions of the President Office. Article 59 (3) and (4) says that

(4) The emoluments and allowances of the President shall not be diminished during his term of office.”

So it is clear from the above provision that there is no mention of “Salary”; in fact, the word used is “Emoluments”.

President of India is Paid Emoluments, not Salary.

The President’s Emoluments And Pension Act, 1951 was enacted under Article 59 (3) of the Constitution to provide for emoluments paid to the President of India and pension paid to the retiring President.

Section 1A of The President’s Emoluments And Pension Act, 1951 provides that

“There shall be paid to the President by way of emoluments five lakh rupees per mensem.

Earlier, this amount was 1 lakh 50 thousand; however, through an amendment in 2018, the emoluments were enhanced to 5 lacs per mensem.

Other Allowances and Benefits:

Section 2 provides that every individual who ceases to hold office as President, either by the expiration of his term of office or by resignation, must be granted a pension equal to fifty per cent of the President’s emoluments per month for the rest of his life:

Every such person shall be entitled, for the rest of his life,

Allowances and Benefits to Spouse:

Subsection 2A provides that subject to any rules that may be enacted in this regard, the spouse of any such person shall be entitled to free medical attendance and treatment for the rest of their life.

Along With this, under Section 3A the spouse of the President is also entitled to the same allowances and facilities which are given to retiring Presidents under Section 2.

The spouse of a person who dies—

(a) while holding the office of President, or

(b) after ceasing to hold office as President, either by the expiration of his term of office or by resignation,

shall be paid a family pension at the rate of 50% of the pension admissible to a retiring President, for the remainder of her life.

Whether Salary of the President of India is Taxable?

Neither under the Constitution nor under the The President’s Emoluments And Pension Act, 1951, it has been mentioned that the Salary or emoluments paid to the President of India are “Tax Free”.

A similar question arose before the Courts with respect to Member of Parliament and Member of Legislative Assembly.

In CIT v. Shiv Charan Mathur (2008), it was decided that the assessee, or the individual in question, must have been employed by the employer and that the employer must have the authority to discharge or terminate the employee as a necessary consequence. This fundamental component is lacking in the case of MLAs and MPs because no one employs them; rather, they are elected by the public, who form their election constituencies, and it is as a result of such elections that they acquire constitutional positions and discharge constitutional functions and obligations. It is possible that they get remuneration after swearing in, however this cannot be considered Salary under section 15, and so the remuneration received by the MLA or MP cannot be taxed under the item “Income from salary,” but can be taxed under the head “Income from other sources.”

As such, MP and MLAs income is not subject to TDS (tax deducted at source), and they enjoy tax amenity in the sense that no tax is deducted from the source from which the income is received. As a result, the MP or MLA have to pay tax by self assessment and on income from other sources.

Exemptions Under the Income Tax Act

Section 10(14) of the Income Tax Act states that any special allowances or benefits specifically granted to meet expenses wholly, necessarily, and exclusively incurred in the performance of the duties of a profit-making office or employment are exempt to the extent that such expenses are actually incurred for that purpose.

These exemptions apply to the aforementioned exceptional allowances to the degree that the expenses are genuinely incurred for that purpose.

The question before ITAT in M. Vankata Subbaiah v. Income Tax Officer (2010) was whether the provisions of section 10(14) might be enforced for additional allowances paid to MLAs. The ITAT held that under section 10(14) pany special allowance or benefit specially awarded to meet expenses totally, necessarily, and solely expended in the execution of responsibilities of an office or a profit-making occupation would be excluded,

Therefore all the allowances paid to the President of India are totally exempted.

Therefore it can be concluded that there is no such provision under the Constitution or the President’s Emoluments And Pension Act, 1951, which says that the Salary or Emoluments paid to the President of India is tax-free and the President does not have to pay the taxes at all.

In fact the emoluments paid to the President of India is taxable as Income from Other Sources and for that no tax deduction at source is required.

It should also be kept in mind that even the President of India might have income other than the emoluments paid to him, such as interest in FDs, business etc.

Matrimonial Dispute: Criminal Proceedings Inter Se Parties Can be Quashed Under Artice 142 or Sec 482 CrPC If parties Have Genuinely Settled Their Dispute,...

Whether the Order of Interim Maintenance Passed Under Section 125 of Cr.P.C Is an Interlocutory Order? Answers Madhya Pradesh HC

Whether the Plea of Res Judicata and Constructive Res Judicata Would Apply in Criminal Proceedings? Kerala HC Answers