Where Part of Cause of Action is in Oudh Region, Writ Petition Will be Maintainable at Lucknow HC: Allahabad HC 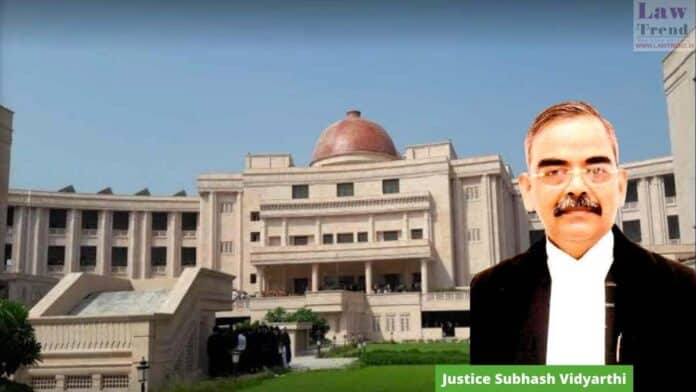 In this instant case, Justice Subhash Vidyarthi ruled that a Petition under Article 226 of the Indian Constitution will lie at Lucknow seat even if petitioners allege that only a part of the cause of action arose in Oudh areas.

It is pertinent to note that a total of 3 Mandals form part of Oudh areas against Lucknow, Ayodhya and Gonda Mandal.

Then this order was vacated by the order passed by DRT, Lucknow in May 2022 and in furtherance of the said letter, the SDM wrote to the Inspector in charge of taking possession of the petitioner’s property situated in Lucknow.

The petitioner then challenged the order at the DRAT and after the DRAT posted the case on July 28, the petitioner moved the Allahabad High Court against the same.

Before the High Court, the petitioner submitted that the order vacating the stay was passed hastily, without application of mind and this resulted in the petitioner’s property being taken away without adjudicating over the parties’ right.

At the outset, the High Court relied on Supreme Court’s case in Nasiruddin versus State Transport Appellate Tribunal wherein it was ruled that if the cause of action arises in areas of Oudh then jurisdiction will be at the Lucknow Bench.

The court also noted that even though the petitioners filed an appeal before DRAT, Prayagraj the facts of the case make it clear that the cause of action arose in the Oudh area.

Accordingly, the court ruled that it cannot be said that cause of action for approaching the court accrued to petitioners at Lucknow.

Therefore, the court quashed the impugned order passed by the DRT and revived the order granting relief and clarified that it will stay in operation till the final order is passed.