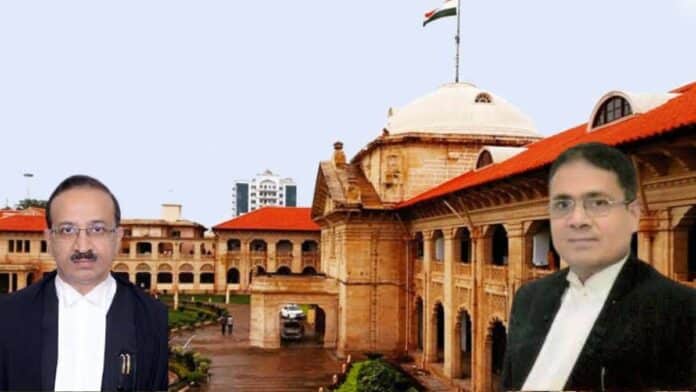 Recently, the Allahabad High Court has ruled that there is no absolute bar to the maintainability of a writ petition under Article 266, in contractual matters, however, there are limited conditions on which such Petition can be entertained.

A Division Bench of Justices Manoj Kumar Gupta and Dr. Y.K Srivatava allowed the Writ Petition titled Kanika Construction vs State of UP and Others

In pursuance of certain advertisements inviting tenders for running community kitchen at Baijal Bhawan, Meerut and Olivia Hotel, Meerut, the petitioner company submitted its offer, which was duly accepted. The Petitioner company completed its work and same was acknowledged by the department also and it was stated that remaining amount will be released once the funds are received from the Government.

The question before the Court was:

Whether a writ petition under Article 226 of the Constitution of India is maintainable to enforce a contractual obligation against the State or its instrumentalities, by an aggrieved party?

The Court decided that the law governing the admissibility of a writ petition in contractual concerns is pretty well settled. In such cases, it has repeatedly been ruled that there is no absolute bar to the maintainability of a writ petition. However, discretionary jurisdiction under Article 226 of the Indian Constitution may be denied in cases of money claims resulting from purely contractual commitments where there are severely disputed matters of fact with regard to the claims sought to be made.

The Bench ruled that the legal position with regard to the entertainability of a writ petition in contractual matters where monetary claims are sought to be raised has been considered in extenso in a recent decision of this court in M/S Bio Tech Systems vs. State of U.P. and Ors. (2020 (11) ADJ 488 (DB)) and it was held that in a case where the contract entered into between the State and the person aggrieved is of a non

While the aforementioned broad proposition of law was stated in M/S Bio Tech Systems (above), it was also emphasised that it cannot be maintained in absolute terms that a writ petition is not maintainable in all contractual issues seeking enforcement of duties on the part of the State or its authorities. The prohibition on using powers in contractual concerns under Article 226 is largely a self-imposed restriction. A case in which the amount is admitted and there is no disputed factual issue requiring adjudication of detailed evidence and interpretation of the contract conditions may be an exception to the aforementioned general principle.

The Court remarked that under a particular set of facts, where the State or its instrumentalities are parties to a contract, they are legally obligated to act fairly, justly, and reasonably, as required by Article 14 of the Indian Constitution.

In such a case, the State’s instrumentalities acting unfairly, unjustifiably, unreasonably, or arbitrarily in discharge of contractual obligations would be held to be in violation of the constitutional guarantee embedded in Article 14, and neither the aggrieved party nor the court would be barred from invoking the writ jurisdiction under Article 226 of the Indian Constitution, the Court added.

The Court determined that there is no disagreement in the case at hand regarding the amount owed and payable to the petitioner. According to the instructions received by the experienced Standing Counsel, the balance sum has not been paid because the requisite monies have not yet been made available by the State Government.

The Court stated that once the petitioner had fulfilled its contractual responsibilities under the work order and the sum owed was admitted, the Court saw no reason for the respondents not to pay.

As a result, the Court issued a writ of mandamus directing the respondents to guarantee that the amount due and owed to the petitioner is released in its favour within four weeks of the second respondent’s receipt of a true attested copy of the instant order.

Lawyers Can Use Their Mobile Phone for Virtual Hearing, Informa SCBA After Meeting with CJI