What is the Salary of CJI and Judges of Supreme Court and High Courts? Know Here 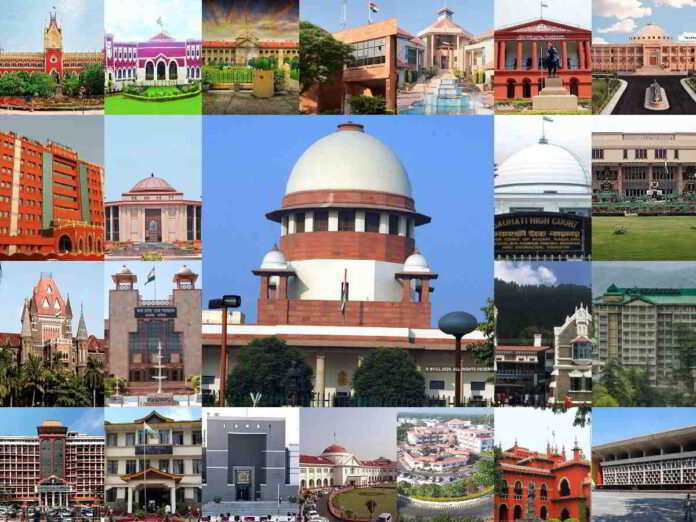 The country is run by three organs. These are the legislature, the judiciary, and the executive.

The legislature creates laws based on public input. The executive is in charge of putting the government’s policies and programmes into action. The judiciary, on the other hand, is concerned with the interpretation of laws and the administration of justice.

Do you know how much a CJI is paid as salary? If not, today we will tell you how much salary and other benefits the CJI, Supreme Court Judge, Chief Justice of High Court, and other judges receive.

The salary of the Chief Justice of India is higher than that of the Prime Minister of India. The CJI receives a monthly salary of Rs 2.80 lakh. This is the highest salary in the country after the President, Vice President, and Governor.

In addition, the government provides CJI with a hospitality allowance of Rs 45,000 per month to entertain visitors.

Other amenities and pension

Aside from a salary, the Chief Justice of the Supreme Court is provided with a variety of benefits.

The Chief Justice is given a residence to live in. Apart from that, they are provided with other amenities such as cars, employees, security personnel, and electricity and phone expenses.

At the same time, after retirement, the CJI receives an annual pension of Rs 16,80,000. When it comes to the CJI’s powers and responsibilities, he heads the Collegium, which recommends in for apportionment of Judges of the High Court and Supreme Court.

Salary of a Supreme Court Judge

Apart from the Chief Justice, the Supreme Court has a large number of judges. Their salary is slightly lower than the Chief’s, but it is still substantial.

The Supreme Court judges all receive a monthly salary of Rs 2.50 lakh. At the same time, Rs 34,000 per month is available as a hospitality allowance.

They also get a lot of amenities. They are provided with accommodations, security, a car, employees, bill payment, and other amenities.

Salary of the Chief Justice of the High Court

There are high courts in every state in the country. They all have a Chief Justice and a large number of puisne judges.

The salary of the Chief Justice of the High Court is Rs 2.50 lakh per month, the same as that of a Supreme Court judge.

Aside from that, they receive Rs 34,000 per month as a hospitality allowance. They are also provided with accommodation, a car, security personnel, staff, and bill payment, among other things. After retirement, they receive an annual pension of Rs 15,00,000.

A high court judge is paid Rs 2,25,000 per month. They also receive a hospitality allowance. They are entitled to Rs 27,000 per month as this allowance.

Other facilities, such as accommodation, a car, security personnel, staff, and bill payment, are provided.