What is the Procedure to Verify Complaint Against Fake Lawyers? Asks Allahabad HC From UP Bar Council 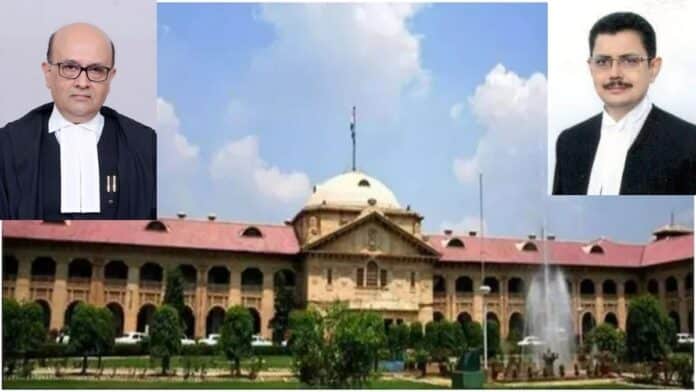 The Allahabad High Court has asked from the Bar Council of Uttar Pradesh that whether it has established a procedure for verifying complaints against alleged fake lawyers who practise on the basis of forged and fictitious degrees?

The Bench of Justice Manoj Misra and Justice Jayant Banerji was hearing a petition filed by one Shakti Pratap Singh alleging that the third respondent is a fake lawyer against whom a complaint was made to the U.P. Bar Council for verification, but no action was taken.

The petitioner’s counsel referred to an order issued by the Supreme Court in Ajayinder Sangwan vs. Bar Council of Delhi and others requiring the State Bar Councils to take the necessary steps to complete the inquiry process to identify fake lawyers.

In light of this, and in order to obtain a response from the UP Bar Council, the Court has now directed that the matter be placed on the additional list on October 25th, 2021.

Recently, a case came before the Kerala High Court in which a woman named Sessy Xavier managed to practise as an advocate in Alappuzha (Aleppey) in Kerala for over two years despite not having qualified for the LL.B degree or being a member of the State Bar Council.

In denying her pre-arrest bail last month, the Kerala High Court stated that she had deceived not only the Bar Association or the general public, but the entire judicial system.

The Court also stated that before admitting new members, Bar Associations should consult with the Bar Council.