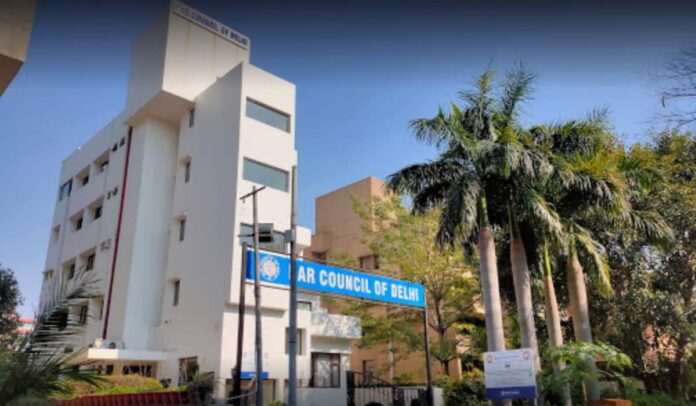 The Special Disciplinary Committee of the Bar Council of Delhi has ordered that no religious functions or programmes be held in chamber corridors, parking areas, or within the precincts of Court premises by any Bar Associations or Advocates.

The order was issued as part of the disciplinary proceedings against an Advocate who was accused of using his chamber premises for religious conversion and Nikah ceremonies.

The Council temporarily suspended the lawyer’s licence as an interim measure until the Disciplinary Committee’s decision, observing that the alleged “illegal and anti-social activities” undermine the dignity of the legal profession.

A man filed a complaint alleging that his daughter was forcibly converted to Islam and then married in his chamber in Karkardooma Court, which was depicted as a Mosque in the documents.

Since the alleged Nikah took place within the precincts of Karkardooma Court, and that too in a lawyers’ chamber, the Chairman of the Delhi Bar Council has ordered the formation of a Special Disciplinary Committee comprised of three members to immediately investigate the entire matter in order to save the institution’s dignity and credibility.

While doing so, the Committee expressed concern about the use of court premises for religious activities such as religious conversion and Nikah ceremonies.

According to the Committee, such activities may not constitute professional misconduct, but they are certainly misconduct under section 35 of the Advocates Act, 1961, which must be addressed by the State Bar Council.

COP Expiring in 2022 Shall Remain Vaild Till Further Orders: UP Bar Council

Under the SC/ST Act, an investigating officer must be appointed after considering his previous experience and sense of ability: Madras HC