What Grounds Arnab Goswami has taken in his Bail Plea? Know Here 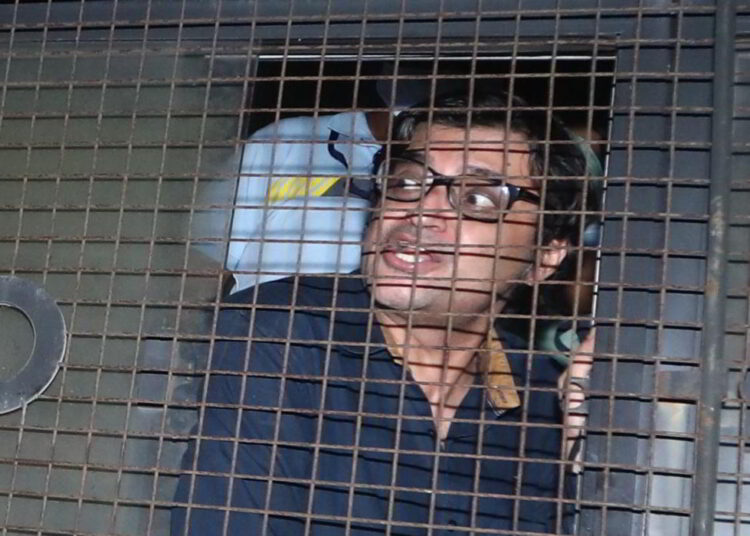 606
SHARES
1.7k
VIEWS
Share on FacebookShare on TwitterShare via WhatsappShare via EmailPinterest

Veteran journalist Arnab Goswami has filed an application for regular bail before the Sessions Court, Alibaug in the Anvay Naik suicide case in which he is an accused.

The bail application was filed on 09.11.2020(Monday) sometime before Bombay HC rejected his application for interim bail.

Mr Goswami has alleged that the cops assaulted him and his family and he was dragged out from his house and taken into custody.

Contentions raised by Goswami in his bail plea:

There is no need to take Goswami into custody:

The plea also mentions that there is no need to take the petitioner (Arnab Goswami) into custody because as per the remand report the police needs to seize some documentary evidence from third-party contractors, so Mr Goswami’s custody is not required.

He also stated that as per the FIR ingredients for abetment to suicide is not made out.

Witnesses have already recorded their statement

It is also pointed out that the authorities have recorded statements of witnesses u/s 164 of CrPc; therefore, Arnab’s custody is no longer required.

Payments were not withheld

As per the plea, there was no intention to withhold any payments that were due to Mr Anvay Naik. It is stated that the last three payments due were withheld due to some defects and breaches of the Work Order.

No reason to abscond

Apart from the aforementioned grounds, Mr Goswami has submitted that he will and is ready to cooperate with the investigation agency and will not influence any witnesses in the case.

Mr Goswami further submitted that he is a journalist of repute and will not abscond.