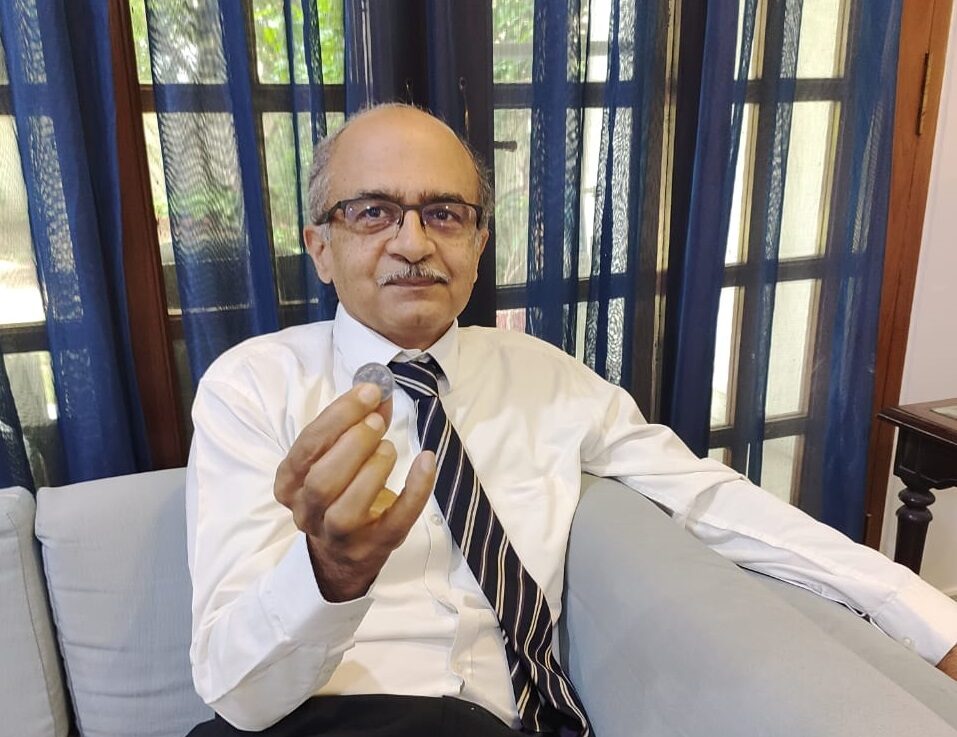 Today the Bench of Justice Arun Mishra, Justice B.R.Gavai and Justice Krishna Murari delivered Judgment/Order on the issue of Sentence of Mr. Prashant Bhushan, Advocate and sentenced Mr. Prashant Bhushan with a fine or Re.1/- (Rupee one) to be deposited with the Registry of this Court by 15.09.2020, failing which he shall undergo a simple imprisonment for a period of three months and further be debarred from practicing in this Court for a period of three years.

Earlier on 14.08.2020, a bench comprising of Hon’ble Mr. Justice Arun Mishra, Hon’ble Mr. Justice B.R. Gavai and Hon’ble Mr. Justice Krishna Murari, delivered a crucial judgment (Read Here) in the case of INRE: Prashant Bhusan and Another…..Alleged Contemnor(s), holding that Mr. Prashan Bhushan (Advocate) is guilty of committing criminal contempt of the Supreme Court of India over his derogatory tweets against the Judiciary. The Hon’ble Court fixed 20th August 2020 for hearing on the issue of quantum of sentence.

There after Prashant Bhsuhan had submitted a new affidavit in the Supreme Court, in which he had refused to apologise, saying it will be insincere to do so. Bhushan submitted he stands by his bonafide belief, which, he said, were expressed through his two tweets

On 20th August when the court was hearing Prashant Bhushan on the quantum of sentence the Attorney General of India, Mr. K.K. Venugopal had urged the Court to let Bhushan off with a reprimand. Senior Counsel Rajeev Dhavan also, who urged for Bhushan, requested the Court to not to “not make him a martyr” by sending him to prison.

Following are the Important observations of Supreme Court in the Judgment:

Share
Facebook
WhatsApp
Twitter
Telegram
Previous articleSupreme Court issues SOP for Physical Hearing [READ CIRCULAR]
Next articleGovernment Fails to satisfy Allahabad High Court, as to the steps taken for enforcement of social distancing and the wearing of masks.Courts grants a days time to file another Affidavit