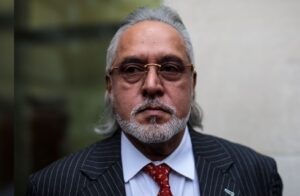 The Supreme Court today rejected businessman Vijay Mallya’s plea seeking review of 2017 verdict holding him guilty for contempt of court. Mallya had sought a review of its May 2017 order holding him guilty of contempt for transferring $40 million to his children in violation of the court’s order. The Court had reserved the order in the case on August 27 after hearing parties in the case.

Mallya is an accused in a bank loan default case of over ₹9,000 crore involving his defunct Kingfisher Airlines and is presently in the UK. The Supreme Court had issued its May 9, 2017, order on a plea by a consortium of banks led by the State Bank of India (SBI), claiming he had allegedly transferred $40 million received from British firm Diageo to his children in “flagrant violation” of various judicial orders. Earlier, the apex court had asked Mallya about the “truthfulness” of his disclosure of assets and the transfer of money to his children. At that time, the top court was dealing with pleas of lending banks seeking contempt action and a direction to Mallya to deposit USD 40 million received from offshore firm Diageo to the banks respectively. The banks had then accused Mallya of concealing the facts and diverted the money to his son Siddharth Mallya and daughters Leanna Mallya and Tanya Mallya in flagrant violation of the orders passed by the Karnataka High Court.

In our considered view, the attempt on part of the respondent No.3 to have re- hearing in the matter cannot be permitted nor do the submissions make out any “error apparent on record” to justify interference in review jurisdiction.

Now that the Review Petitions are dismissed, we direct respondent No.3 to appear before this Court on 05.10.2020 at 02:00 p.m. and also direct the Ministry of Home Affairs, Government of India, New Delhi to facilitate and ensure the presence of respondent No.3 before this Court on that day. A copy of this judgement be sent to the Ministry of Home Affairs for facility and compliance.