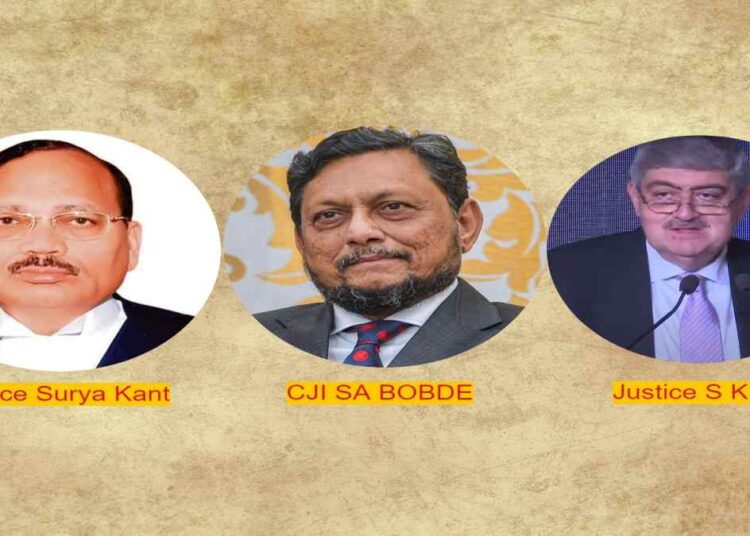 943
SHARES
2.7k
VIEWS
Share on FacebookShare on TwitterShare via WhatsappShare via EmailPinterest

On Wednesday, the Supreme Court took a critical view of the Centre’s act of not accepting the collegium recommendation for long periods.

Hon’ble Court has asked the Ministry of Law to lay down a timeline and tell them the time it will take the Ministry to act on the High Court’s recommendations for the appointment of judges.

Hon’ble Justice Sanjay Kishan Kaul remarked that if the government doesn’t comment on collegium recommendations within five months, it is a matter of great concern. The Bench further observed that High Courts of Allahabad and Bombay had sent their recommendation in May/June last year.

The top Court made the observations above during the hearing of a plea seeking Additional Judges’ appointment in High Courts.

The Bench also observed that the government has not responded for more than a year. Whenever the issue comes up, they respond that some Chief Minister has not responded or is pending before the Intelligence Bureau. In this regard, Justice Kaul stated that they have to put the house in order.

Further, CJI Bobde indicated that when the case is heard after two weeks, the Bench may examine the vacancies that have not been filled. The Bench also sought a response from the high Courts.

During the hearing, Hon’ble Justice Kaul remarked that in five months, the Collegium had cleared names of 9 judges while six are pending before the government out of which four were government counsels. Justice Kaul also added they need an update on pending names by 29.01.2021.

The Court urged the government to identify the bottlenecks and iron them out.

In all 189 proposals are pending CJI Bobde informed the Attorney General.

Venugopal responded that pendency has been brought down to 104 from 150 but admitted several vacancies are pending for a long time.

When Senior Counsel Vikas Singh remarked that for the sake of transparency, the matter should be on the judicial side, CJI Bobde responded that they had spent twenty-five years in the system. There might be a lack of publicity, but there is no lack of transparency.

The Bench adjourned the case, and the Court will now take up the case after two weeks.