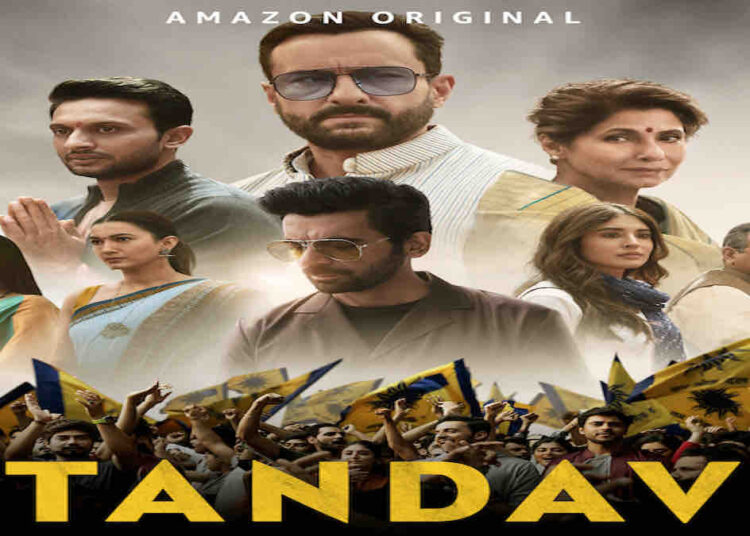 670
SHARES
1.9k
VIEWS
Share on FacebookShare on TwitterShare via WhatsappShare via EmailPinterest

On Wednesday, the Supreme Court issued a notice in a plea filed by Actor, Producer, Director and Writer of web series Tandav seeking to transfer and clubbing criminal proceedings that have been initiated against them in various cities for hurting religious sentiments.

The Bench refused to grant interim protection to the accused apprehending arrests from police of six different states.

Hon’ble Court stated that they could not use their power u/s 482 of CrPC and they also refused to grant interim protection or quash FIRs registered against the accused.

However, the Bench clarified that even though their petition is pending in the Apex Court, it would not prejudice the petitioners’ right to seek bail in concerned courts.

Before the Court, the counsels of the petitioners referred to orders granted in Amish Devgan and Arnab Goswami case. They submitted that if interim protection is not granted, they would have to file bail applications in different districts and states. However, the Bench declined to grant their prayer and remarked that religious sentiments could not be hurt.

Senior Counsel Mukul Rohtagi who was appearing for Amazon India Creative Head Aparna Purohit submitted that they need interim protection or get arrested by police from six different states. He relied on the Arnab Goswami case where the Court granted interim protection to Goswami.

Senior Advocate Sidharth Luthra who was representing producer Himanshu Mehra, director Ali Abbas Zafar and writer Gaurav Solanki argued that even though in Amish Devgan case the Bench refused to quiche the FIRs, the Court had granted interim protection to the accused and had also clubbed and transferred various FIRs to Ajmer.

The counsel also stated that nothing survives as the objectionable parts of the series that supposedly hurt people’s religious feelings have now been deleted.

Senior Counsel Fai Nariman who also appeared for Amazon India Creative Head Aparna Purohit urged the Court to protect the fundamental right to freedom of speech and expression and submitted that petitioners were being harassed by registering such FIRs.

When the Bench asked the petitioners why they did not go to the High Court first, Nariman replied that the present question relates to rights under Article 19(1)(a). In Arnab Goswami’s case, the rights were protected without directing Goswami to approach the High Court, and the Court had stated Supreme Court could be approached if there was a violation of 19(1)(a).

Rohtagi urged the Court to club the FIRs and relied on MF Hussian’s case where a similar relief was granted. He further argued that Article 19(1)(a) was the jealously guarded right and should be protected at all cost.

Luthra argued that even though the right to freedom of speech and expression were not absolute, the petitioners should not be harassed in such a way. He relied on Supreme Courts judgement in Narayanan Rajendran & Anr vs Lekshmy Sarojini & Ors. and in TT Antony vs State of Kerala & Ors where it was ruled that if a substratum of allegations’ is same, more than one FIR cannot be registered.

Advocate Siddharth Agarwal who appeared for actor Mohammad Zeeshan Ayyub, argued that character views could not be ascribed to an actor’s personal beliefs/views. Hon’ble Justice MR Shah replied that a person should not play a role in hurting others’ religious sentiments.

Lastly, Hon’ble Justice Ashok Bhushan remarked that freedom of speech was not absolute.