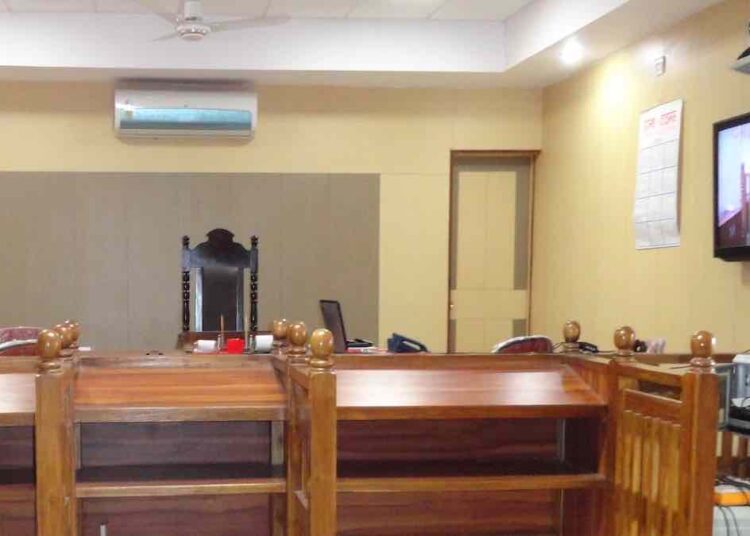 In a recent case, the Supreme Court took note of the Covid-19 pandemic situation and directed UP Family Court to conduct a trial through video-conferencing.

The direction was made when the Court was considering a review petition filed against an order by which a transfer petition filed by a woman seeking transfer of her matrimonial case from Principal Judge, Family Court, District Gautam Budh Nagar to Court of Principal Judge, Family Court, Saket, New Delhi. Before the Court, the woman contended that there was no video conferencing facility at Gautam Budh Nagar Court and also that as per Santhi vs Nitesh video conferencing is not permissible in matrimonial cases.

However, the Court opined that due to the pandemic situation, proceedings across all courts were conducted through video-conferencing mode and in normal circumstances, the Court would not have allowed video conferencing in matrimonial cases. Still, due to the present situation, it was necessary and then directed the Family Court, District Gautam Budh Nagar, UP to conduct the trial of the case through video conferencing.

In Shanthi vs Vijaya Nenketesh case, the Apex court has overruled the directions issued in Krishna Veni Nagam vs Harish Nagam and held that if proceedings were conducted through video conferencing spirit of the 1984 Act would be in peril.

The Court opined that for things like settlement proceedings that are like reconciliation, the parties need to be in a room to establish an emotional bond. Still, if video conferencing is used, it might create a dent in the settlement.

However, in that case, Hon’ble Justice DY Chandrachud stated that video conferencing should not be excluded by courts, and Family Courts should encourage the use of technology to ensure efficient and timely justice.