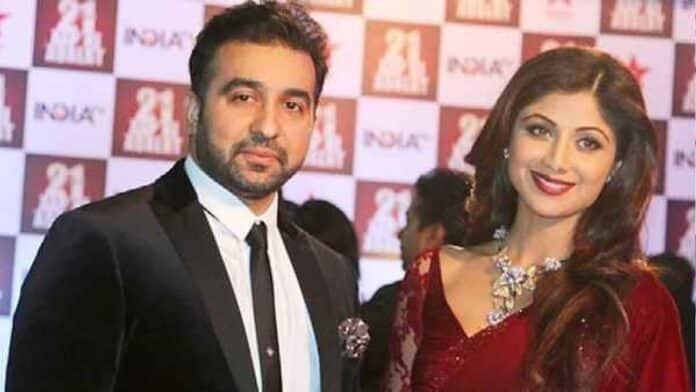 Raj Kundra, a businessman, and husband of actress Shilpa Shetty was arrested by the Mumbai Police’s Crime Branch late on Monday Night. 11 other people have been arrested with Kundra for their alleged involvement in making pornographic films and publishing them through various apps. Raj Kundra has been called the key conspirator in the whole case.

Raj Kundra has been booked under sections 420 (cheating), 34 (common intention), 292, and 293 (related to obscene and indecent advertisements and displays) of IPC along with relevant sections of the Information and Technology Act and the Indecent Representation of Women (Prohibition) Act.

There was a case registered with the Mumbai Crime Branch in Feb this year about the creation of pornographic films and publishing them through some Apps. The case was registered against Kundra after a woman’s complaint against him alleging his involvement in luring young women and men on the pretext of offering roles in films and later forcing them to act in a pornographic film instead.

The police in their statement stated that Mr Raj Kundra appears to be the key conspirator of the case and they have sufficient evidence to make out a case against him.

Raj Kundra however seems to be in denial of the charges against him. It can be inferred from the tweet he made on the day of his arrest.

The netizens have however dug into a past tweet of Raj Kundra in which he was seen to be defending ‘Pornography’. The 9 year old tweet of the businessman has gone viral since his arrest.

Kundra is most likely to remain in police custody for the next few days.