Serious Action Is Warranted Against Offenders Who File False Cases Against Police Officers To Escape The Clutches Of Law: Madras HC 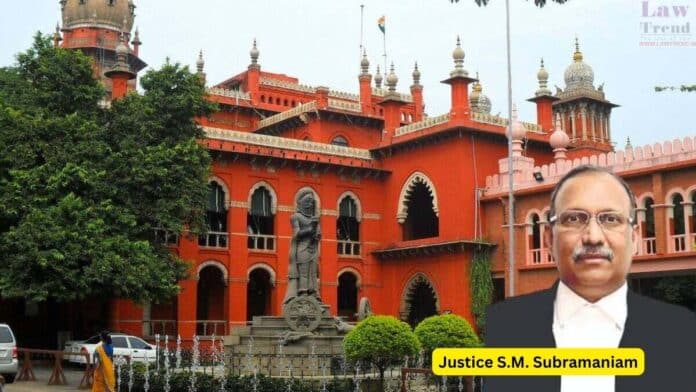 The Madras High Court has imposed a Rs 35000 cost on a litigant for filing a false case against police officers.

The Bench of Justice SM Subramanium ordered Rs 5000 each would be paid to all seven police personnel who were impleaded in the case.

The instant plea was filed more than five years ago and the petitioners had sought directions to the DGP to take action against the respondent police officers.

The respondents on the other hand submitted that the petitioners were running an Orphanage in an illegal manner and action was initiated against the petitioners based on a complaint regarding a missing child. The child was rescued and handed over to his mother.

The respondents added that son of the petitioner also approached the State Human Rights Commission alleging human rights violation but the same was dismissed.

At the outset, the Bench opined that the instant case was filed without any justification. The Bench went on to observe that whenever police initiate actions by following legal procedures, the offenders file petitions against police officers and if such allegations are found to be untrue then serious action is warranted.

As per the court, if such petitions are kept pending it would cause prejudice to field-level police personnel and might affect their service benefits.

Therefore, the court disposed of the instant plea and also imposed a Rs 35k fine on the litigant.

UP Avas Evam Vikas Parishad’s function does not include fixing the service conditions of the employees: SC