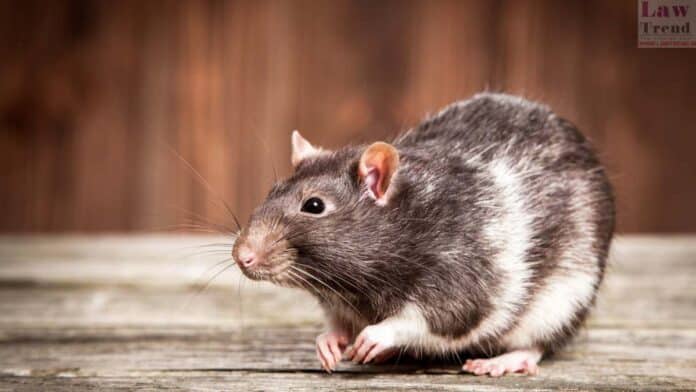 According to a report submitted by Mathura police to a special Narcotic Drugs and Psychotropic Substances Act (1985) court, rats “ate” over 500 kg of marijuana confiscated and stored in the Shergarh and Highway police stations’ warehouses.

The bizarre claim was made after the court earlier this year ordered Mathura police to produce marijuana recovered in a case registered under the NDPS Act.

Hearing this, the additional district judge directed SSP Mathura Abhishek Yadav to eliminate the “mice menace” and then provide proof that rats consumed 581 kg of marijuana worth Rs 60 lakh.
Mice, despite their small size, do not fear police, officers tell the judge.

The court has also issued five-point instructions for the auction and disposal of marijuana stored in police warehouses. “Time-bound action will be taken in accordance with the court orders,” said Martand P Singh, acting senior superintendent of police (SSP), Mathura.

“The SHOs of Shergarh and Highway police stations have claimed that 581 kg of weed stored in warehouses was destroyed by the rats,” said special public prosecutor Ranveer Singh. The cops have found it impossible to protect the substances stored in the aforementioned storage areas.

The court has ordered the police to produce evidence in support of the claim and has scheduled the next hearing for November 26.”

According to the government counsel to the court, the court, in its order dated November 18, referred to a case under the jurisdiction of the Highway police station, in which 195 kg of recovered weed was destroyed by rats.

“On intimation from the court, the Mathura SSP directed the CO refinery to conduct an investigation, but no weed was recovered,” the court order stated.

In its clarification to the court, the Mathura police stated, “Being small in size, rats have no fear of the police.” SHOs cannot be experts at every problem.”

Three men were arrested in Mathura in May 2020 while smuggling marijuana in a truck. The truck was stopped near Jatwari village in the Shergarh district, and 386 kg of weed hidden in millet bags was recovered. The three defendants were charged under the NDPS Act and placed in judicial custody.

The police were ordered by the court to produce the weed recovered in the case. The court was informed by Shergarh SHO that “rats ate the weed,” which was sealed in packets and stored in the warehouse. “There is no safe place in the police station to store the’maal’ and keep rats out of it,” the SHO had stated.

In 2021, cops at Etah district’s Kotwali Dehat police station claimed that rodents consumed over 1,400 cartons of seized liquor worth more than Rs 35 lakh.

After a preliminary investigation revealed that the policemen had sold the seized liquor to gangster Bantu Yadav, a FIR was filed against station house officer Indreshpal Singh and head clerk Rasaal Singh.

COP Expiring in 2022 Shall Remain Vaild Till Further Orders: UP Bar Council

Even if the Appointment Was Irregular State Must Pay Salary to Employees For Work Performed: Supreme Court