Section 41A Cannot Not be Used to Intimidate, Threaten and Harass :SC 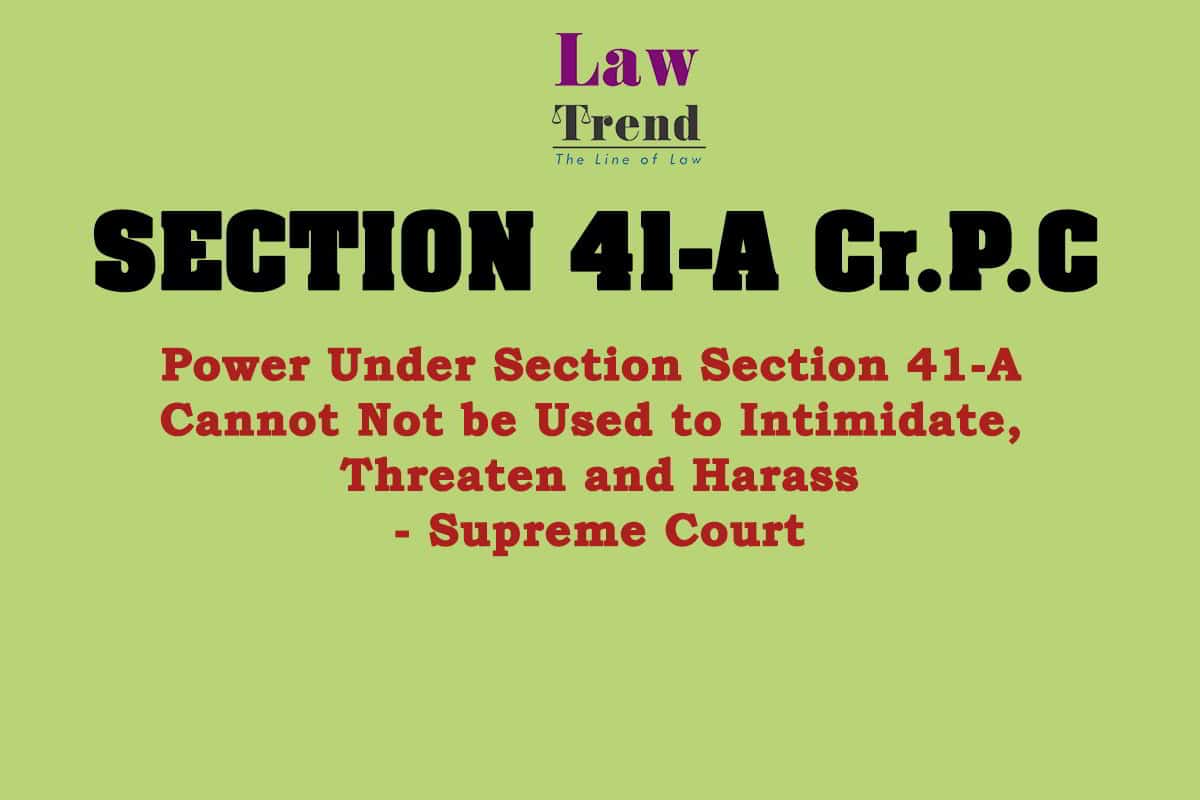 An FIR was filed against the petitioner, stating that she had made some objectionable post on social media( Facebook).

Based on the FIR, the summons was issued to the petitioner.

The Supreme Court refused to quash the FIR, but petitioner was allowed to answer the queries of the I.O. through video conferencing platforms.

The FIR referred to two posts:

As per the First Information Report, the petitioner had stated that the state government was not controlling the situation in Raja Bazar as members of a particular community inhabited it.

An application for anticipatory bail was filed before the Delhi High Court where the Court directed the petitioner to approach the Calcutta High Court but also protected her from arrest till 18.06.2020.

Later, an application for quashing the FIR was filed before the Calcutta High Court where the Court held that no coercive steps should be taken against the petitioner during the pendency of the trial.

However, by its order dated 29.09.2020, the Calcutta High Court directed the petitioner to appear before the I.O. if fresh notice is issued under Section 41A.

Petitioner states that she will cooperate with the authorities:-

Learned counsel for the petitioner stated that the petitioner does not operate the web page where the alleged posts were published
and that she was ready to cooperate with the authorities as well.

It was also argued that the condition precedent for the exercise of the power under Section 41A had not been met in the case and
that there is no reasonable complaint, credible information or reasonable suspicion against the petitioner.

“Court should not interfere with the case.”

Counsel for the respondent state submitted that in view of Arnesh Kumar vs State of Bihar and other precedents, the Court should not interfere with the investigation.

It was further submitted that before the Calcutta High Court, the petitioner had stated that she was willing to travel to Kolkata; therefore, there was no reason to oppose the summons.

Section 41A Should Not be Used to Intimidate, Threaten and Harass

After going through the facts of the case, the Division Bench of the Supreme Court observed

Courts must safeguard the freedom of expression guaranteed under Article 19(1)(a) of Constitution.

Considering the situation of COVID19 and in view of above observations, the Supreme Court allowed Petitioner to answer the queries of the I.O. through video conferencing platforms

However, a condition was imposed by the Court that the petitioner will respond to all the queries of the I.O. either through mail or video conferencing platforms.

Liberty was also given to the I.O. to come to Delhi and meet the petitioner if any specific answers were needed.

Title: Roshni Biswas vs State of West Bengal & Another