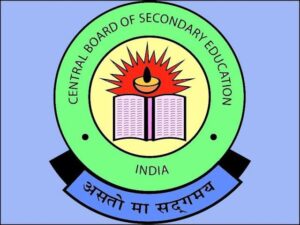 Today a Bench of Justice A.M. Khanwilkar, Justice Dinesh Maheshwari and Justice Sanjiv Khanna, heard the Petition filed against the Decision of CBSE to conduct compartment Examination for Students of Class X and XII.

The Court after hearing the Petitioner, directed the CBSE to file an affidavit in reply to the Petition by 7th of September 2020, providing details on how CBSE intends to hold exams amidst the Pademic. The Petition has been filed on behalf of around 2,10,000 students, who were placed in the Compartment Category after CBSE declared the results in the basis of new evaluation method. The Petitioners have prayed for setting aside the Notifications dated 06.08.2020 and 12.08.2020, by which CBSE has mandated compartment examination.

The Counsel for the Petitioner submitted that the regular exams have already been cancelled in view of Order of this Court and students have been promoted, but the CBSE is taking the compartment examinations. The difficulty for appearing in exams is same for both regular and compartment exam students. The Counsel further submitted that the CBSE is intending to take the Compartment Examination in the end of September, which will leave the students in disadvantage position, as by that admission process would have been complete in most of the Universities and colleges.

CBSE argued before the Supreme Court that it will take all precautionary measures in holding compartment exam during the pandemic and it has also increased the number of Centers from 575 to 1278 . Further it was submitted before the Court that CBSE has ensured that only 12 students will sit in a classroom during the exams.

Earlier a similar Petition was filed before the Supreme Court, which was dismissed as withdrawn . Justice Khanwilkar while dismissing the Petition observed that “A substantive petition needs to be filed to assail the August 6 CBSE representation. The CBSE has already given its reasons. You please file the Notification. We’ll give you the liberty to do so, [READ HERE]

Recently a plea was filed before the Delhi High Court seeking relief with respect to improvement examination in CBSE. The Delhi High Court held that “Students taking CBSE Improvement Exams are equal victim of Pandemic. The Court granted relief to the student and directed CBSE to promote the student on the basis of same evaluation policy approved by Supreme Court for regular students.