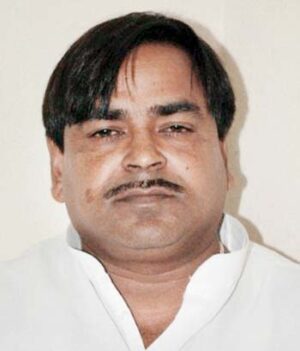 The Counsel for the Applicant submitted that the applicant is in judicial custody since 15th March, 2017 and has been falsely implicated in the case of Rape; the prosecutrix and her daughters have been examined before the trial court and they have not supported the case of prosecution.

The Counsel further submitted that the applicant is suffering from the disease i.e. UTI with Diabetes mellitus with HTN with Bamboo spine with seronegative Spondylorthropathy; he was admitted in King George’s Medical University, Lucknow (K.G.M.U.) from 03rd May, 2019 and remained in the said hospital till 17th January, 2020; on 17th January, 2020, he was discharged from the K.G.M.U. Hospital, Lucknow although he was not cured from the disease by which he is suffering and sent to Jail, Lucknow

She also pointed out that there is no adequate medical facility available for the treatment of the said disease in the hospital with which the applicant is suffering and therefore, an application for bail was filed before the trial court, the trial court passed an order dated 4th January, 2020 whereby the Superintendent of Jail was directed to submit a report whether adequate medical facility is available in the jail hospital or not. As per the report of the doctor concerned of the department of Urology of the K.G. Medical University, Lucknow Applicant has multiple ailments which require treatment from multiple super specialities, at a tertiary care super specialty hospital. Such treatment is not possible in Jail Hospital.

The bench of Justice Ved Prakash Vaish after hearing the parties and relying upon the earlier orders passed in the matter granted bail to Gayatri Prajapati on personal bond of Rs. 5 lakhs with two sureties of Rs. Two Lakh Fifty Thousand Each.

The Court observed that the facts and circumstances of the present case and the applicant’s medical condition, which is confirmed by the medical status report, shows that the applicant is suffering from disease i.e. UTI with Diabetes mellitus with HTN with Bamboo spine with seronegative Spondylorthropathy; proper treatment is not available in K.G.M.U. Hospital, Lucknow and doctors have advised proper treatment from multiple super specialties, at a tertiary care super specialty hospital;  further threat to the applicant’s health in the prevailing times of Covid-19 pandemic is real and imminent; and in view of the assurances extended on behalf of the applicant that he shall not apprehend or influence the prosecutrix and her family members, this Court is persuaded to grant the applicant, Gayatri Prasad Prajapati, interim bail for a period of two months from the date of his release.