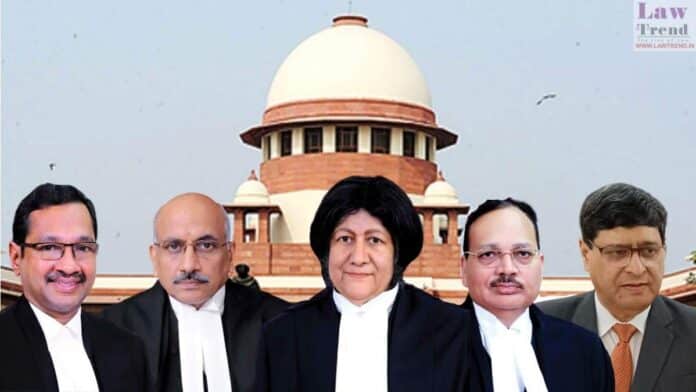 On Monday, a Constitution Bench of the Apex Court ruled that a judgment delivered by a larger bench would prevail irrespective of the number of judges that are constituting a majority.

The observation was made by the Bench of Justices Indira Banerjee, Hemant Gupta, MM Sundresh, Surya Kant and Sudhanshu Dhulia passed this ruling while answering the second issue in Trimurthi Fragrances Pvt Ltd versus the Government of NCT of Delhi.

As per the Bench, under Article 145(5), the concurrence of the majority of judges is viewed as the court’s judgment.

The issue was referred to by a Division Bench of Justices RF Nariman and SK Kaul in 2017.

Supreme Court Asks BCI To Suspend Licences of Odhisa Lawyers, Who Are on Strike For Bench of HC

All Permissible Steps be Taken to Ensure Blocking of Sexually Explicit Video of the Delhi Judge: HC