SC imposes cost of Rs.25, 000 on the State of UP for wasting judicial time 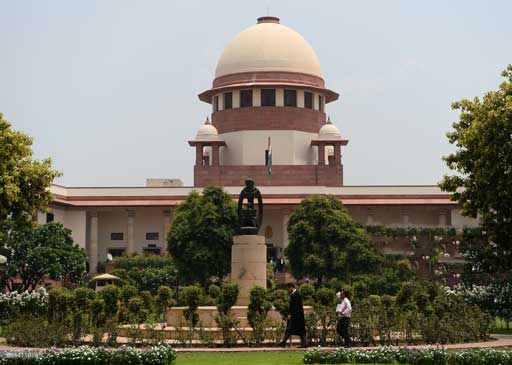 The SC on Monday, 8th March 2021, took another dig at State Governments and Public Authorities in the casual manner of approaching the Apex Court.

The order was issued in the case of the State of Uttar Pradesh & Ors. Vs. Raghurai Giri. A special leave petition was filed by the State explaining the delay of 938 days as “saga of moving of files from one place to another with long interludes”.  The impugned order against which the SLP was filed was passed in 2018. On account of non-compliance, a contempt petition was filed in April 2019. It was only after that the petitioner “woke up” and filed the SLP 3 months later. After that, it took them further four months to get permission from the Law Department to file the SLP.

The court stated that other than the lethargy and incompetence of the State, there was nothing else put on the record. “We have repeatedly discouraged State Governments and public authorities in adopting an approach that they can walk in to the Supreme Court as and when they please ignoring the period of limitation prescribed by the Statutes, as if the Limitation statute does not apply to them.” The leeway was given to Governments/ Public Authorities and was given in the past due to undeveloped technologies. This was no more the case. This had been reiterated a number of times in earlier cases by the court, however no change had been seen in Governments/ Public Authorities.

Further, the court had categorized such cases as ‘Certificate Cases’ for the only objective to obtain a quietus from the SC on the ground that nothing could be done because the highest Court has dismissed the appeal. Thus, such an objective is only a formality and saves the skin of defaulting officials.

The two judge bench of Hon’ble Justices Mr. Sanjay Kishan Kaul and Mr. R. Subhash Reddy deprecated such practices. They refused to grant such certificates and have the authority bear the consequences of their actions. Despite that the counsel for the State sought to contend that it was a “certificate Case”. This plea was rejected.

The bench imposed costs of Rs.25, 000 for the wastage of judicial time.  The amount had to be recovered from the defaulting officers and the SLP was thus dismissed.