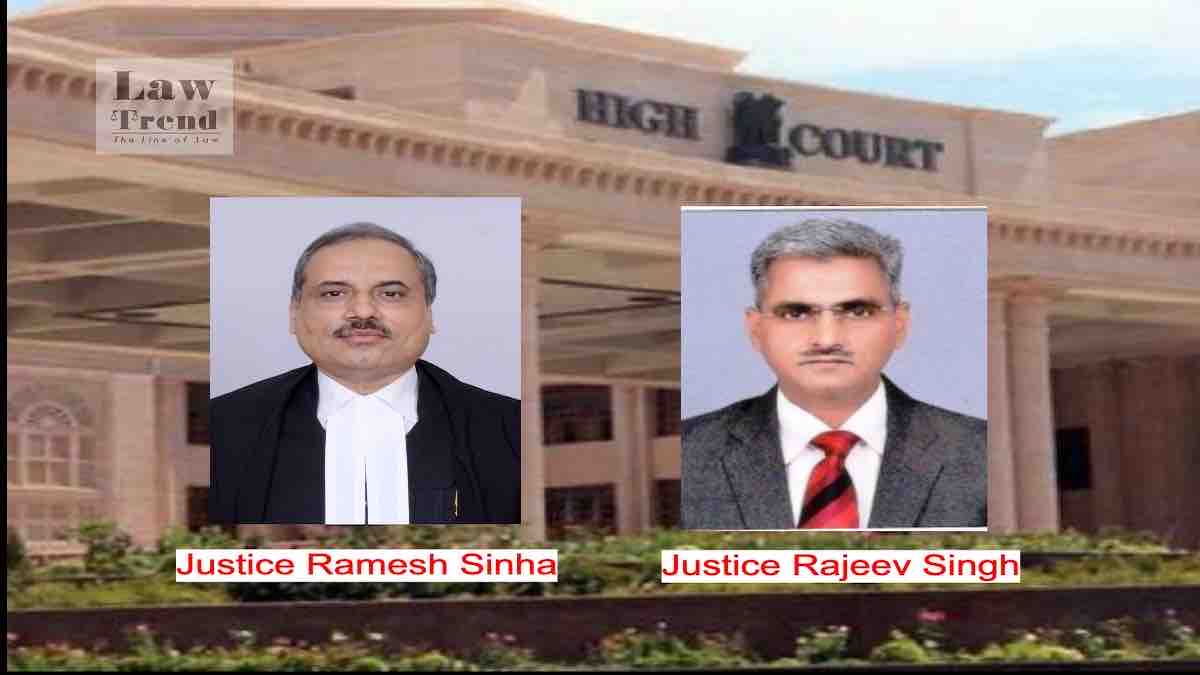 The Allahabad High Court at Lucknow has allowed a Writ Petition challenging the premature release of a convict undergoing life sentence.

The petitioner Prakashvati Singh wife of Late Karan Singh filed a petition challenging the Order dated 15.03.2017 by means of application for premature release of Respondent No5 Jaini Singh was allowed.

It was contended that Respondent No5 Jaini Singh and five Other were convicted under Sections 302/149, 147, 148 I.P.C., against which the appeal is pending, however the bail application has been rejected twice.

In the meantime, the Respondent No.5 moved an application in the form of mercy petition, dated 17.10.2016 for premature release and report was sought on his application from the Senior Superintendent of Police and District Probation Officer, Bulandshahar.

The authorities submitted their report and recommended to reject the mercy petition of the respondent No.5 and Senior Superintendent of Police, Bulandshahar in his report has categorically mentioned that if the respondent No.5 was to be released, he could act as motivator for future crimes.

It was further submitted that as per the Notification No.V-17013/2/2013-PR, Government of India, Ministry of Home Affairs (CS Division), dated 01.02.2013 which clearly provides that where a sentence of imprisonment for life is imposed on conviction of a person for an offence for which death is one of the punishment, such person shall not be released from prison unless he had served at-least fourteen years of imprisonment.

But ignoring the directions of aforesaid circular, the District Magistrate, Bulandshahar recommended for consideration of the mercy petition of respondent No.5, though he had served only a period of five years of imprisonment for life.

Further submission of the Counsel was that the release of respondent no.5 is in total violation of provisions of Sections 432, 433and 433A of the Cr.P.C and from the perusal of the record called by the Court, it was observed by the court on earlier date that a letter was written by one Col. Satyaveer Yadav, Advocate, State President Samajwadi Sainik Prakostha to Mr. Balwant Singh Ramoowalia Minister of the Department of Jails U.P. requesting early release of the Repsondent No.5 on account of his old age and ailing health and despite the availability of report of S.S.P. Bulandshahar, District Magistrate, District Probation Officer, the same was not considered or referred to by the State Government and Governor.

The Counsel appearing for the Respondent No.5 submitted that the Governor has exercised his constitutional power under Article 161 of Constitution by giving remission of sentence and such power is unfettered in comparison to the subordinate statutory powers as provided in the Criminal Procedure Code.

In view of Judgment of Supreme Court in the case of Narayan Dutt & Others Vs. State of Punjab & Another reported in (2011) 4 SCC 353, the judicial review is permissible against the order of Governor in case the Governor has exercised power by himself without being advised by the Government, transgressed his jurisdiction, passed the order without applying his mind, order was malafide, or some extraneous considerations. Also, Section 433-A Cr.P.C. provides that where a sentence of imprisonment for life is imposed on conviction of a person for an offence for which death is one of the punishment provided by law, such person shall not be released from prison unless he has served at least 14 years of imprisonment.

We are unable to comprehend as to what prompted the Hon’ble Governor to exercise indulgence in favour of the respondent No.5 despite he had committed a heinous offence wherein three members of a family were done to death by the respondent No.5 and other co-accused who are in Jail, which apparent from the record and the Mercy Committee also denied to consider his application for premature release. Even appeal is pending against the conviction judgment and twice his bail is rejected by this Court in appeal.

In view of the above the Court allowed the Petition and set aside the order dated 15.03.2017 with a direction to the Chief Judicial Magistrate Bulandshahar to take respondent No.5, Jaini Singh into custody forthwith and send him to jail to serve out the remaining sentence as awarded by the trial court.