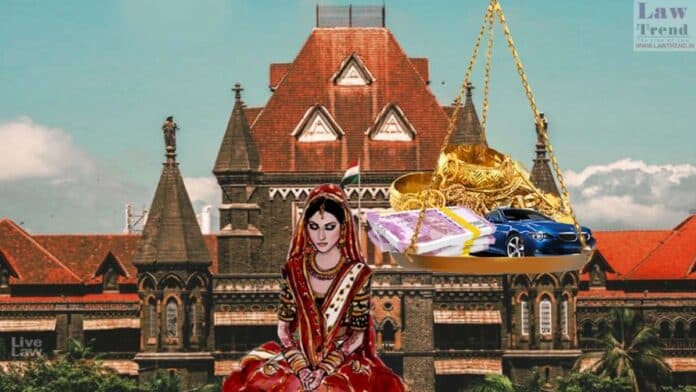 The Bombay High Court recently observed that the social menace of dowry still continues in our society and even the so-called rich people demand dowry from the poor parents of the bride.

The Bench of Justice Bharat Deshpande made this observation while quashing acquittal order passed by the trial court after noting the testimony of the deceased woman’s parents regarding the demand for dowry.

In this case, the deceased woman’s father had filed a criminal revision. The woman had passed away due to 97% burn injuries in 2001 and her parents had claimed that she was often ill-treated as she failed to fulfil their demands for dowry.

The Sessions Court had opined that since the accused knew about the poor financial status of the wife and her family there was no question of demanding dowry from them. The court had also considered the dying declaration of the deceased wherein she said that she committed suicide as she could not tolerate the unbearable pain in her stomach.

However, the High Court noted that the Sessions Court failed to note that the dying declaration was not authorised by a doctor who had endorsed that the deceased was in a fit state of mind to give the declaration.

The court also took note of the fact that the deceased suffered 97% burns and the incident happened within three years of marriage.

Therefore, the court quashed the acquittal order and allowed the criminal revision filed by the deceased’s father.