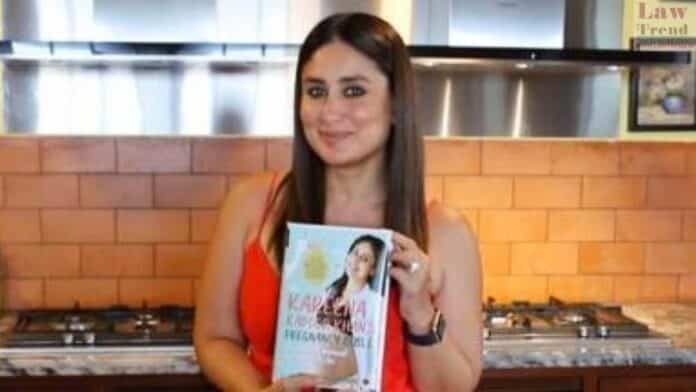 A petition has been filed in the Madhya Pradesh High Court seeking an FIR against Kareena Kapoor for hurting the religious sentiments of Christians by using the word bible in the title of her book.

The petitioner in the case is a practicing lawyer Christopher Anthony. The book in question is titled the Pregnancy Bible.

In his plea, Anthony said that Kapoor has inculcated the habit of defaming and insulting Christians by doing things that are unacceptable.

To support his contentions, the petitioner referred to a song from Bollywood movie Brothers titled Mera Naam Mary hai, Mary Sau takka Teri hai. As per the petitioner, the song is cheap and contains the name Mary who is the mother jesus.

While referring to Kapoor’s new book, the petitioner submitted that the title is objectionable as it uses the word bible which is the holiest book in christianity.

The Petitioners submitted that even though the offences are cognisable the police did not take any action on the petitioner’s complaint even though the sentiments of the entire Christian community were hurt.

The instant plea was taken up by the Bench of Justice Dinesh Kumar Paliwal on August 3 and the court directed the petitioner to implead the State as a party and posted the case after six weeks.

Decree Includes An Order Rejecting A Plaint Under Order 7 Rule 11 of CPC And is Amenable To Remedy of Appeal U/s 96 CPC:...