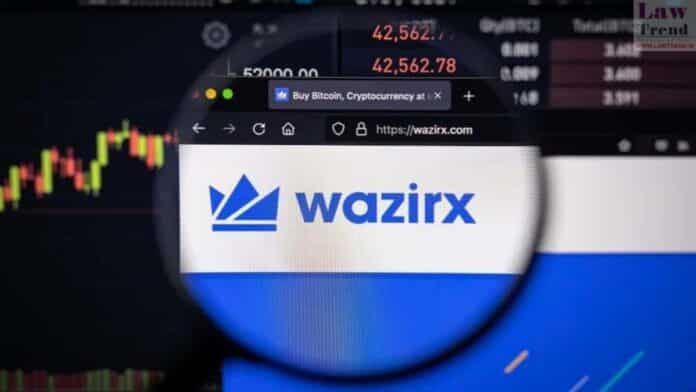 The Enforcement Directorate (ED) announced on Friday that it has frozen the bank assets of cryptocurrency exchange WazirX worth nearly 65 crore as part of a money laundering investigation.

“ED searches the Director of WazirX Crypto-Currency Exchange and freezes its Bank assets worth Rs 64.67 Crore for assisting accused Instant Loan APP Companies in laundering of fraud money via purchase & transfer of virtual crypto assets,” the law enforcement agency said in a statement on Twitter.

The agency said it conducted searches on August 3 in Hyderabad against a director of Zanmai Lab Pvt Ltd, which owns WazirX, and accused him of being “uncooperative.”

The ED’s investigation into the cryptocurrency exchange is linked to its ongoing investigation into a number of Chinese loan apps (mobile applications) operating in India. The action comes just days after the ED served WazirX with a FEMA Act notice.

“It was discovered that Sameer Mhatre, Director WazirX, has complete remote access to WazirX’s database, but he is not providing details of transactions relating to crypto assets purchased from the proceeds of instant loan app fraud.” “WazirX is unable to account for the missing crypto assets due to lax KYC standards, lax regulatory control of transactions between WazirX and Binance, non-recording of transactions on block chains to save costs, and non-recording of the KYC of the opposing wallets,” the ED claimed in a statement.

It also stated that the company made no attempt to track down these crypto assets.

“It has actively assisted around 16 accused fintech companies in laundering the proceeds of crime using the crypto route by encouraging obscurity and having lax AML (anti-money laundering) norms,” it said.

The ED is investigating two cases involving cryptocurrency against WazirX under the provisions of the Foreign Exchange Management Act, 1999 (FEMA), Minister of State for Finance Pankaj Chaudhary stated earlier this week in a written reply to the Rajya Sabha.

“In one of the cases, investigation done so far has revealed that one Indian Crypto-exchange platform, Wazirx, operated by Zanmai Labs Private Limited in India was using the walled infrastructure of Cayman Island based exchange BINANCE,” Chaudhary wrote in his written response. Furthermore, it was discovered that all crypto transactions between these two exchanges were not even recorded on the blockchains, leaving them shrouded in mystery.”

Tripura HC Grants Compensation of Rs 2.5 lac to a 28-year-old Woman Who Was Tortured By Police While In Custody