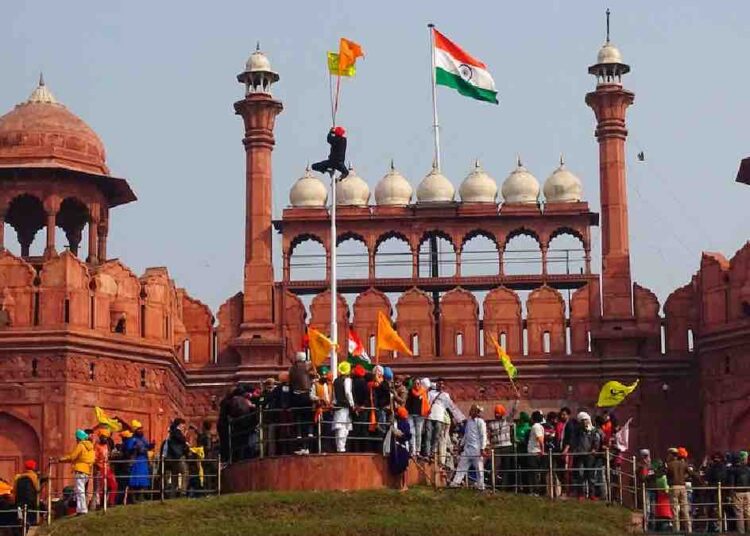 922
SHARES
2.6k
VIEWS
Share on FacebookShare on TwitterShare via WhatsappShare via EmailPinterest

Two advocates have moved the Supreme Court seeking to constitute a Judicial Enquiry Commission to inquire into illegal and violent incidents in Delhi on 26.01.2021 amid farmer’s tractor rally.

A petition filed by advocate Vishal Tiwari urges the Court to direct police authorities to register an FIR under the relevant section of IPC and other provisions against organisations or people for violence and dishonour the National flag.

The petitioner alleged that even though all the necessary arrangements were made by the authorities to avoid any violence, the farmers did not adhere to any rule or guidelines and instead wreaked havoc across the city, leading to the disruption of public life and endangering the life of people. It was also stated that the violent protest has caught global attention and has bought shame to our country.

In his petition, the petitioner has raised the following questions:-

Another Supreme Court lawyer Vineet Jindal has written to the top Court urging it to take suo moto cognisance of the incident that took place yesterday.

The letter reads that the tractor rally was supposed to start at noon; however, it began at around eight am. The protestors did not follow the approved route and instead took a different, which caused inconvenience to the authorities and Delhi residents.

He further pointed out that the protestors destroyed public property and put ordinary citizens’ lives in jeopardy.

The letter also states that due to violent protest, many members of the Delhi police force were injured and some have sustained grievous injuries.

While referring to the attack on Red Fort, Jindal stated that the protestors hoisted a religious instated of our national flag against the constitution and also brought shame.

Lastly, Jindal requested the Apex Court to form an independent commission to look into the incident and take action against people involved in the incident.